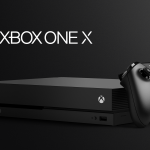 You are reading
Xbox “Project Lockhart” vs Xbox One X – Will It Be A Worthy Upgrade?

If we are to believe the latest Xbox Scarlett rumors Microsoft’s Xbox tech division is hard at work on two new next-generation consoles. Project Lockhart and Project Anaconda. “Anaconda” is allegedly to be the more powerful and more expensive console of the two, while “Lockhart” is to be the less powerful budget-friendly console. It’s possible that both will be released next year so it’s not long of a wait anymore and some may be planning an upgrade. If you are an Xbox One X owner and you want the best of Xbox next gen “Anaconda” is a must buy for you, however, would it make sense to upgrade to Xbox “Lockhart” at all?

Looking at these specs one could say that it makes no sense to upgrade as “Lockhart” is looking to be less powerful console and looking from GPU perspective that’s a true statement but there is more to it. Somebody who wants 4K gaming no matter the framerate Xbox One X sure looks to be a better option but if performance is more important to you “Lockhart” looks more appealing.

New Microsoft’s console should be way more balanced than Xbox One X where you have a very capable GPU and rather weak CPU. “Lockhart” should ship with a bit less powerful GPU – so forget about 4K gaming on this machine for the most part but it’s way more capable CPU should allow more 60 FPS games. These games will most likely be running with lowered resolution, maybe even 1080p but performance should be way better in every single game. This will obviously depend on developers as they will decide the resolution and framerate goals for their games but on the graphics front, Xbox One X should be more powerful.

Taking all this into consideration Xbox Project Lockhart looks to be a viable upgrade for current Xbox One S owners where games run at 720p – 1080p resolution range at 30 FPS for the most part. Lockhart should be able to deliver 1080p – 1440p resolutions at 60 FPS which is a significant upgrade over Xbox One S. The rumor has it that Lockhart may lack an optical drive and go full digital to reduce the retail price so if you a physical media person you may need to skip this one.

Now it goes without saying that the best thing you could do is to get Xbox Anaconda that should offer 4K 60 FPS gaming on a console with all perks of a premium console. So let me know what is more important to you: performance or graphics?