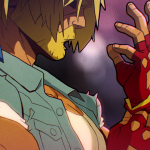 You are reading
Hands-on With Streets of Rage 4 [Interview]

Among the many sights and stories we got to see this week, Lords of Gaming got the chance to talk with the Lead Programmer and Art/Creative Director of Streets of Rage 4 about the upcoming release. During the interview, we learned some key points about the game.

The roster will be a mix of new and old: The most prominent characters, like Axel and Blaze, will be returning to the game to ensure the game honors the original releases. However, for the sake of progress and freshness, there will also be a number of new characters coming into the game. When asked about remixes of old tracks, the developers did say they were aiming to be generous with the amount of lore-based fan service.

There are many mechanics newcomers: One of the biggest changes the developers mentioned came to the mechanics. The first major change they mentioned were removing the punishment for players to use their special moves, and the ability to use your special midair. Outside of the characters, weapons are now reusable.