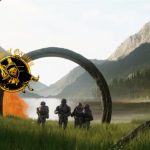 You are reading
Halo Infinite Has A Forge, Not A Battle Royale

One of the most popular rumors for any game being released is whether or not there will be a battle royale mode. This question even found its way towards the up-coming Halo Infinite release. Even our own Iron Lords had the (dis)pleasure to discuss the prospect of what a Halo battle royale would be like and if it excites them.

The rumor has been dismissed by Halo director Frank O’Connor. Posting to the ResetEra, O’Connor discussed many subjects on Halo Infinite, mainly discussing why the launch does not include a battle royale mode.

We will not talk about the launch content of Halo Infinite until we’re ready. I haven’t watched the video so if I am misinterpreting the headline as “‘Halo Infinite is launching with/as a Halo Battle Royale mode” that is still not the case. You can probably make your own Battle Royale mode in Forge even right now though. It’s a mode not a genre.

This is an argument many have made against the popular mode, one that I have longly suggested. In a game like Halo, it is beloved for many reasons including being one of the most competitive shooters. With each entry to the series, the game has evolved by adding new features to the field of play.

New Features Over The Series:

Additionally, the series introduced new game-modes over time including Fire Fight, Break-out and War Zone. Fans of the game throughout Halo’s history have always been keen to continue to build upon. Griffball and Infection both started off as user-created game modes for the already existing gaming components, much as battle royale started as a mod.

While many do enjoy a good battle royale, fans of Halo might question why not build upon War Zone and other game modes instead?

What do you think? Should 343 introduce an official battle royale mode to Halo Infinite? Let us know in the comment section below.