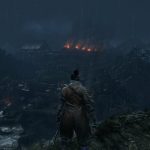 You are reading
I Suck at Sekiro, and I Love It

There has not been a lot of coverage of From Software’s new title Sekiro: Shadows Die Twice so far on Lords of Gaming for one simple reason. I suck at Sekiro, and I love it.

From Software holds a very special place in my heart. I, like a lot of people, bounced off the first Dark Souls in the infamously buggy (in more ways than one) area, Blighttown. As a result, I shelved the game for the better portion of a year before I picked it back up as I awaited the launch of the Xbox One and PlayStation 4. It is now firmly cemented as my favorite gaming experience of all time. I enjoyed it so much that I purchased a PlayStation 3 just to play Demon’s Souls, and breezed through Dark Souls 2. When Bloodborne arrived it was a perfect extension of my now well-established play style of high dexterity and quick dodging. By Dark Souls 3, I was confronted with a feeling I hadn’t had before: complacency. I knew the patterns and the rhythms of a From Software game, and Dark Souls 3 was another one of those type of games. Which is why I awaited Sekiro with a mixture of excitement and trepidation. 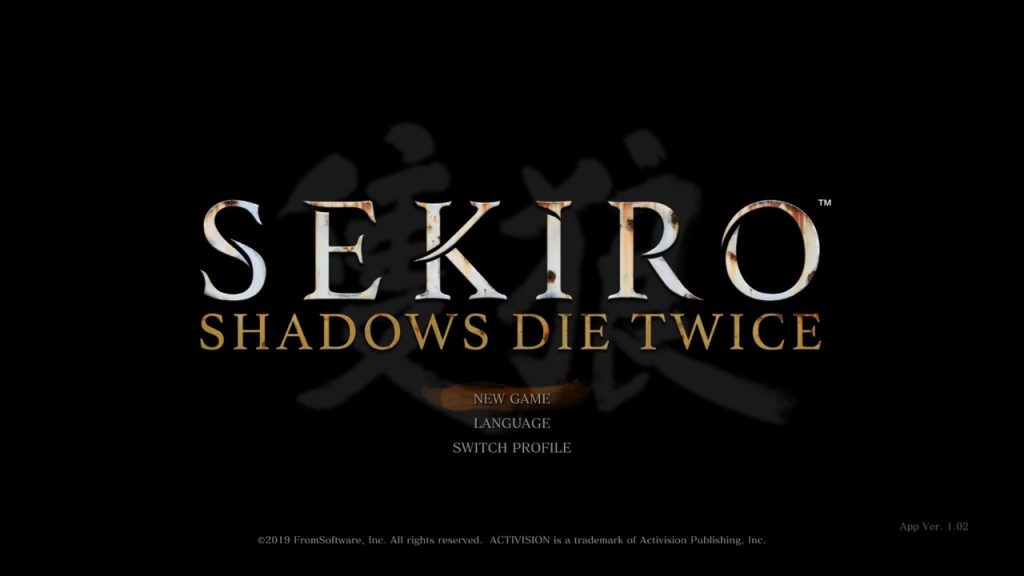 From Software has not disappointed.

Sekiro doesn’t play like a Dark Souls game. The most glaring example of this is the versatility and fluidity of movement. The addition of the Shinobi tools and a *gasp* jump button, has radically altered how the game can be played. This is to say nothing of the stealth mechanics that are now an essential part of your Shinobi’s repertoire. I have had one of the most terrifying and amazing gaming experiences of my life as a direct result of these changes. I’ll keep it vague for those still early on but for those in the know, I’ll just say hissss. 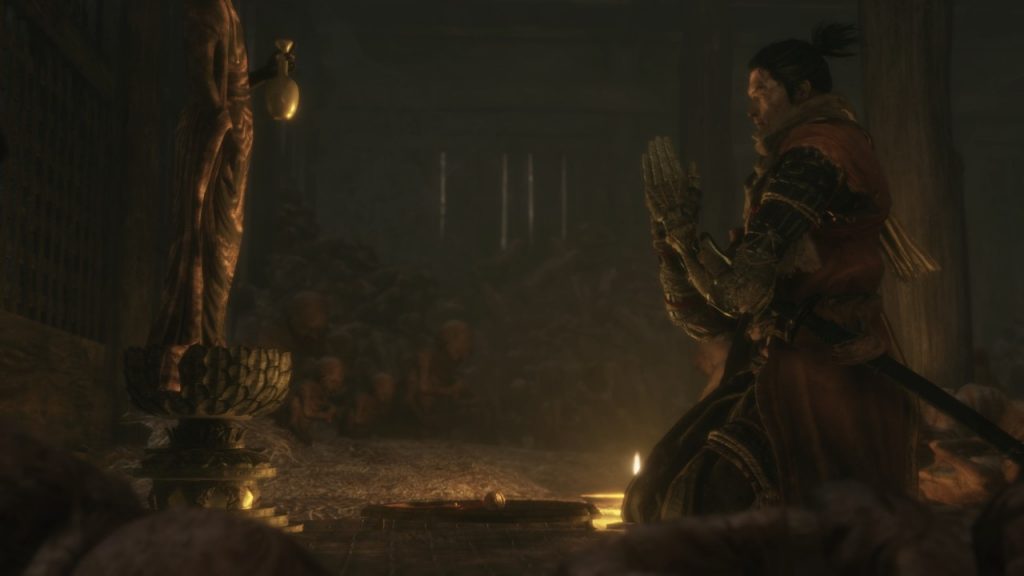 You better pray. You’re going to need all the help you can get.

This change in gameplay focus results in Sekiro feeling like an evolution of Splinter Cell as much as it does an offshoot of the Dark Souls series. In Souls, the puzzles were the enemy placement and their move set. Sekiro adds a layer on top of this by making the environments themselves a puzzle. While backstabbing was always a major part of the Souls games, by making it an essential part of the stealth environment it allows From to really expand how the world is set up in ways that would have quite simply been impossible before. This comes with a price though.

As in previous From games, the world is littered with secrets. By creating a truly three-dimensional environment it becomes much easier to miss certain items or even entire parts of the world. For instance, early on a character asks you to check on his mother in the house. However, I did not realize that the house that he was talking about was right behind me, and she was on the second story. Instead, I interpreted it as a house that the player character would encounter later in the level. It wasn’t until five hours later, while backtracking, I uncovered the old woman. Sekiro demands attention to detail like few games before it.

The combat mechanics are also a step away from traditional From games and towards more of a fighting game stance. Parries and counters have replaced fat rolling and overwhelming force. This is a game of skill, not brute force, and it will punish you for not playing by its rules. This is where I have hit a wall. My play style since Dark Souls has been very dodge heavy with quick strikes: death by a thousand cuts. From is unwilling to let me dance my way to victory. Successful parrying is a requirement for success. Blocking is equally as important as dodging. Gone are the days when you can grind an area to increase your health and stamina. Instead, the game demands you learn, adapt, and get better. It is always fair in its punishment, much as I loathe that fairness at times. Sekiro is an experience that few other companies are willing to go for, which makes From so special. They are willing to let you fail.

And I have failed a lot. Yet, I keep coming back for more. Shadows may die twice, but I have died *checks notes* two hundred and twelve.