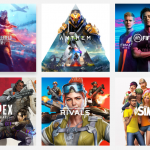 You are reading
What Happened to EA?

At this time tomorrow, the official unveiling of Jedi: Fallen Order will occur. The debut will occur not on an EA Games’ stage, at a console maker’s press conference, or even at a gaming convention at all. Instead, it will debut at Star Wars Celebration, which perhaps underscores just how little confidence Disney currently has in publisher EA Games after a tumultuous couple of years. All hope, it seems, now rests in developer Respawn Entertainment, who has already delivered EA’s arguably most successful title of the year in Apex: Legends. How did we get here? How did a gaming monolith become a company scrapping to make relevant commercial and critical hits in 2019? In other words, let’s explore what happened to EA.

In 2018, Electronic Arts (EA) published thirteen games. Of these thirteen games, seven were licensed sports titles, one was a remaster of a ten year old game (Burnout Paradise), one was an expansion to a four year old game (Sims 4: Get Famous) and three were indie titles (Unravel Two, Fe and A Way Out). That left EA with a single triple-A game on the market, Battlefield V.  Battlefield V was the third best selling game in dollar sales in the month of November (not counting PC sales)1, and fourth in December numbers. However, it doesn’t look particularly promising when compared to the previous year’s sales for the franchise. It is reported that physical Battlefield V sales were down more than half from Battlefield 1 in 2017, though digital sales numbers and PC numbers are, as always, not reported2.

EA has already released its biggest announced title in Anthem, which was a critical flop, but seemed to have moderate commercial success. Apex: Legends has been a surprising windfall for the company and led to a dramatic improvement of EA stock price. The coming soon page, as you can see, has only a single title, Sea of Solitude, the latest indie game to be published under their EA Originals label. Add in the same seven sports titles that EA always publishes and a new Battlefield game and it looks like EA’s release calendar is all but complete. This is a far cry from the EA of a decade ago, which would release multiple Triple-A guaranteed hits a year. Where did the games go?

The Big Bet on Star Wars

When Disney licensed the Star Wars IP to EA in 2013, it seemed a match made in heaven. EA was coming off a bit of a rough year, with the lukewarm receptions to Mass Effect 3 and Medal of Honor Warfighter, but high profile sequels in Dead Space 3, Crysis 3, and Dragon Age 2 had many feeling hopeful. EA had the internal studios necessary to produce a diverse portfolio of titles, and indeed, with the blog post announcing the partnership, it seemed like EA was going to leverage all of them. EA’s top studios, DICE, Visceral Games, and Bioware were already working on games that would leverage each studios genre specialties: first-person shooter, third-person action adventure, and roleplaying. Gamers were veritably salivating.

DICE brought with it a long pedigree of fantastic shooter experiences stemming from their work with the Battlefield franchise. Visceral Games had a hit-or-miss track record, but were known for the fantastic atmosphere created in games like Dead Space and its sequels. Finally, gamers had already witnessed the results of Bioware’s earlier work on the Star Wars IP with the 2003 smash hit, Star Wars: Knights of the Old Republic (KOTOR). Widely considered the best Star Wars game of all time, and one of the premier RPGs of the Xbox/PS2 generation, KOTOR launched Bioware from PC stardom to gaming stardom. EA anticipated a decade of hits, starting with the revitalization of the Star Wars Battlefront franchise, which saw two installments produced in the mid-2000s. This would be the opening salvo in a series of games on every platform in every genre. A salvo that never arrived. 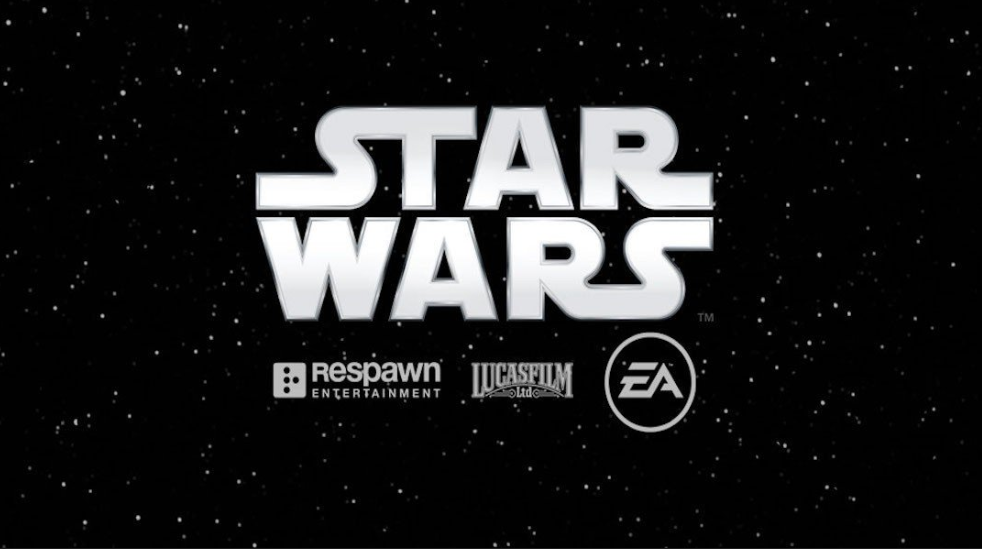 The Disturbance in the Force

DICE held up their end of the bargain. Two years after the partnership was announced, Star Wars Battlefront arrived on consoles and PC. Within six months, more than 14 million copies of the game had been shipped.  The future seemed bright, and two years later, Battlefront 2 was released, just like clockwork. Only, this time, Battlefront was plagued by a clunky loot box system and a glut of microtransactions that made the experience progression nearly impossible without spending money on in-game currency. This lead to repercussions far beyond merely critical and commercial backlash to the point that the US Federal Trade Commission launched an investigation into the practices. EA and other publishers couldn’t backtrack fast enough as they desperately try to avoid legislation on what has become an increasingly lucrative part of the business. Battlefront 2 was ultimately a sales disappointment, selling significantly less than its previous installment.

Battlefront 2 wasn’t the only chink in the armor to occur in 2017. Earlier that year, the Visceral Games project headed by ex-Naughty Dog luminary Amy Hennig was canceled. The rumored third-person crime focused game sounded like a spiritual successor to the previously announced but also canceled Star Wars 1313, which met its demise prior to EA’s acquisition of the license. Visceral Games, who despite its early success with Dead Space and its sequel, had produced a string of lukewarm games (Dante’s Inferno, Battlefield Hardline) that resulted in its dissolution The game’s assets were then reported to be transferred to EA Vancouver, EA’s catch-all studio that is primarily responsible for sports titles, which as shown above, make up the lion’s share of EA’s output these days.

Earlier this year it was reported that this project too has been canceled. Which leads us to wonder, what is it about this particular design that is too much for EA to stomach? It has now been over five years of development work at two major studios with nothing to show for it. The Bioware game has completely vanished, with the studio focused on Anthem and the next Dragon Age installment. So where does that leave Star Wars? More importantly, where does that leave the EA-Disney relationship?

In 2016, Disney shut down its video game publishing arm, Disney Interactive Studios. The idea was that it would be more profitable to license their substantial IP to third parties to develop. This hasn’t exactly worked out in their favor. Four games have been launched from the partnership with EA, and none of them has set the world on fire. EA currently holds the license through 20234, but how long is it before the House of Mouse looks at the lost decade of games and says enough is enough? Star Wars is the most valuable IP in the world, somewhere in the ballpark of $40 billion5. With the way in which Disney has annualized the Star Wars films, it’s hard to see anything less in the gaming space as anything but a failure. Something akin to Activision’s plan with Call of Duty, where they have three teams working on three different visions for the brand seems perfectly suited to Star Wars. The initial vision that EA proposed seemed to line up with this model, and doubtless the failure of the other teams to produce titles led to rushing Battlefront 2 to market in a state that was less than ideal. The vision seemed too good to be true, and it turned out to be. 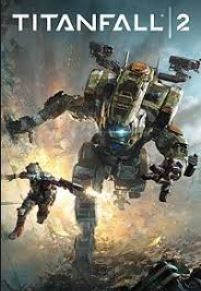 Electronic Arts, Activision, and Ubisoft used to be the big three third-party publishers in the west. They released multiple high-quality Triple-A titles each year and seemed locked in a perpetual battle for supremacy on the sales charts. While often demonized by some of the gaming community’s more extreme members, it was building new franchises that people enjoyed like Dead Space, Mirror’s Edge, and Burnout. However, a string of disappointing sequels lead to a combination of franchise fatigue and backlash. Mirror’s Edge: Catalyst, Mass Effect Andromeda, and Battlefield Hardline to name a few. The last time EA successfully launched a new Triple-A IP was in 2014 with Titanfall. As a result, EA has become increasingly dependent on sports titles, the Sims, and indie titles to try and stay relevant. Battlefield is not the juggernaut it once was. Which brings us to what’s next for EA.

The future of EA as a Triple-A game publisher can be summed up in seemingly one word: Anthem. Bioware’s Destiny challenger has a lot riding on it and has completely stumbled out the gate. Baffling patches, a broken loot system, and lack of compelling content have led to questions about EA’s commitment to the game. Especially as rumors swirl about a new Dragon Age also following entering the online cooperative space. After the abject disappointment of Mass Effect: Andromeda, and the subsequent plans to scrap all DLC and support for the title, watching how Anthem is supported through the remainder of the year will be the story for EA. If Anthem underperforms, it is not outside the realm of possibility to see EA step back completely from Triple-A development with the exception of DICE and Respawn, which seems to be the only internal studios able to consistently deliver titles.

This a far cry from the heyday of EA in the late 2000s when a single year would see the releases of Dead Space, Command and Conquer: Red Alert 3, Burnout Paradise, Battlefield Bad Company, Crisis Warhead, Mercenaries 2, Mirror’s Edge, Need for Speed: Undercover and more. EA is not the publisher we grew up with. The cost of games and the size of development teams has skyrocketed to the point where EA no longer seems interested or capable of truly competing as a publisher. The mismanagement of the Star Wars IP, the Battlefront loot boxes, and more have left EA a shell of itself. Is a rebound possible? Always. But is EA’s time as one of the premier third-party publishers over? I think the answer to that is more likely than not.