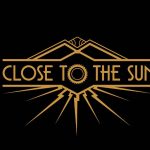 “The day science begins to study non-physical phenomena, it will make more progress in one decade than in all the previous centuries of its existence.” – Nikola Tesla

Developed by Storm in a Teacup and published by Wired Productions, Close to the Sun is a single-player, first-person horror game with Bioshock like elements. It is a non-combat, story-driven masterpiece with a fair amount of puzzles and beautiful scenery. It takes place in an alternate 19th-century universe in which Nikola Tesla saturates the world with his scientific discoveries.

You play as Rose, a journalist, who is called upon by her sister to board the Helios for a very important task. The Helios is a ship designed by Tesla himself. He carries out experiments and makes new discoveries on this ship with the help of many great scientists that he invited on board. When Rose gets there, however, it is not all sunshine and rainbows for the individuals still on board whether they are dead or alive. The game has about 6-7 hours of total play time with 10 chapters of an excellent story. Once I started playing, I found that it was difficult to stop. 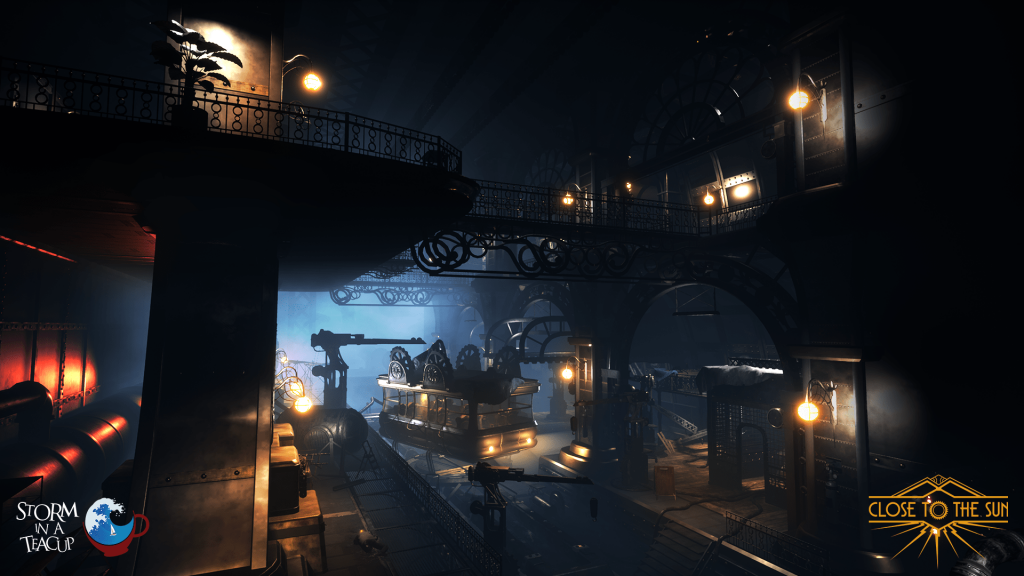 The game takes place entirely on the Helios. Let me tell you, this ship is HUGE. It is filled with apartments, entertainment, bars, and even a train station. The lobbies and common areas are filled with statues of gold, lights, gaudy furniture, and more. It is incredibly immersive and really makes you look around more than you normally would in some areas. The place would honestly be pretty magical if it weren’t for the dead bodies of scientists littering the ship and walls adorned with haunting messages in their blood. That being said, this game is anxiety-inducing and makes you feel rushed in some areas where you miss a lot of the secret items. These items are not of high importance to carry on the story and more of a “just a for fun” addition but add some replay-ability for the historian gamer. Examples of some of these items are blueprints of some of Tesla’s actual inventions, models of these inventions, and notes left by scientists. 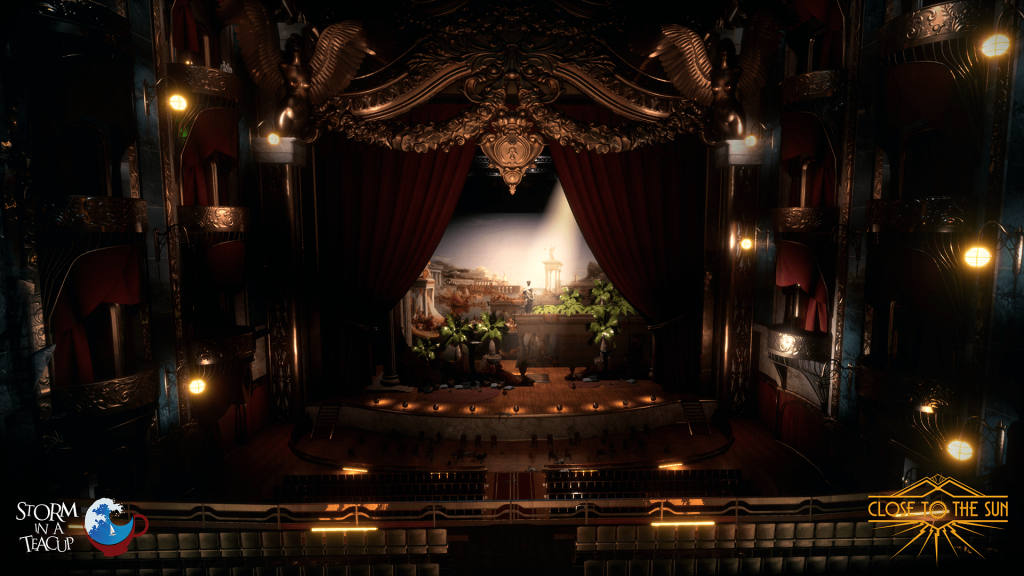 The dim lighting of some of the vintage bulbs surrounding you is a nice touch added to the rooms in disarray. It causes objects to cast shadows and tricks the brain into thinking that something may be there. You will quickly find out, if something was actually there, you will know and you better be ready to run. When climbing, sneaking, or squeezing through areas, your vision is blocked as it would be if you were doing them. For example, when jumping over a gate your gaze is tilted downwards and you see Rose’s legs stepping over. These small details make great additions that add to the uneasiness without becoming annoying. Humming and snapping from electricity and crackling of long-burning fires warn of blocked paths. You must solve puzzles to either find another way out, re-route the electricity, or shut it off. 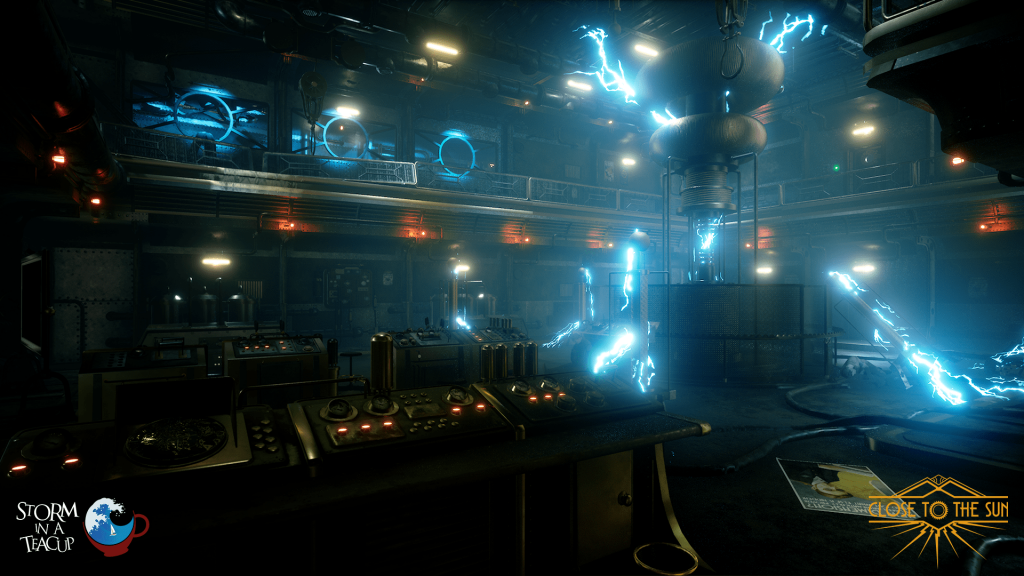 I will say, I have little to no complaints about this game. The controls are flawless, I did not encounter any bugs during my play-through, and I really felt like I was on edge in many areas. I feel like it is difficult to find a really good and unique horror game that isn’t just focused on combat. It is great at creating the atmosphere that a story centered horror game needs to pull the player in and have them experience exactly what the developers intend them to. They got it right. All the way down to the freshness of blood in areas where the things you fear either just left or accomplished their mission long before you entered. 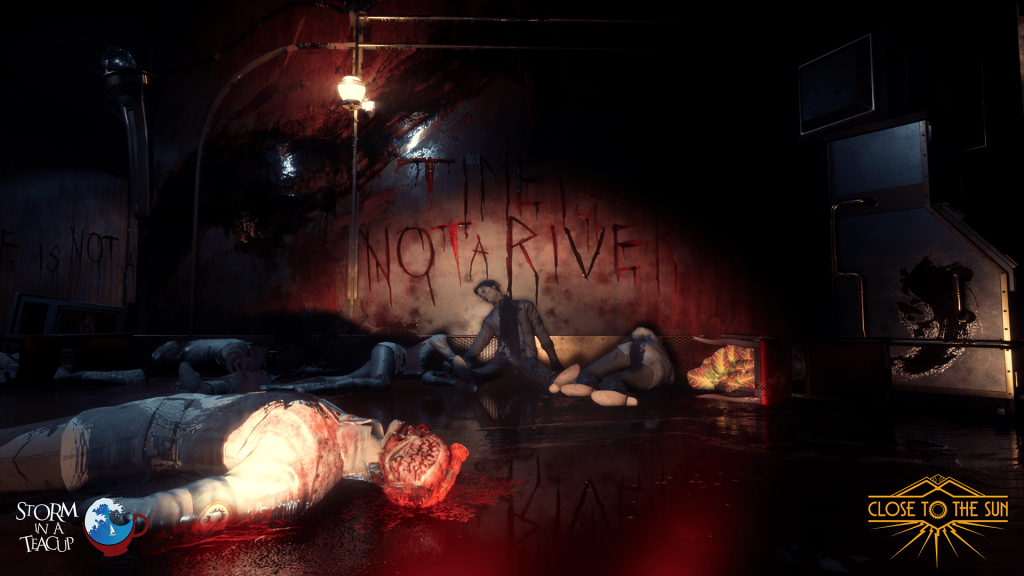 **This next section will contain some spoilers. If you plan on playing please skip this section**

The beings that you have to fear are created from “exotic energy” They are a Slenderman-like creature that is out to kill anyone in its path. They stem from a discovery made by the scientists that open up alternate universes and allows for time travel. This is why your sister, Ada, calls you aboard. She knows that these beings will kill her at some point and if nothing is done, her research and hard work will be gone. She is one of the few survivors on this ship that is quarantined in order to contain the energy that is wreaking havoc throughout the ship. The other survivors you interact with are Aubrey, Ludwig, and Tesla himself.

In the beginning, I interpreted Tesla as the bad guy. He seemed to be a narcissist and thrived on his own ego. Aubrey, I felt was a lifesaver and was helping me to find my distressed sister so I could come and save him. Ludwig, well that guy was just a crazy lunatic looking for bloodshed. I started suspecting Aubrey was not the guy he was portraying himself to be more towards the end of the game. Turns out that I was right. He is the one that is out to harm Rose and Tesla is the one that is trying to save her. With her sister’s research, however, everything ends up falling into place exactly how it should. I was a big fan of the ending and felt it was a really smart way to help tie it to the beginning of the game.

I also really enjoyed the small details that were added. Such as an apartment that was frozen in time with a letter of well wishes from the early departure of Albert Einstein. Who most likely saw that there may be some issues when getting a bunch of scientists of different scientific knowledge and backgrounds all on one ship. It made me curious about how long he was there, and if he was there long enough to complete any work on the ship. I feel like it would be interesting to see an add-on of some sort from the perspective of another scientist leading up to the contamination of exotic energy.

Overall, this game was a ton of fun. When I first heard of the game, I loved the idea of Tesla playing a big part in both the story and surroundings. This game is definitely a buy for anyone that likes Bioshock, history, or the horror genre. I will be keeping an eye on this team and cannot wait to see what other amazing things that they create.