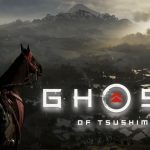 You are reading
[Rumor] Ghost OF Tsushima Possible Release Date
Sucker Punch Productions the developers of fan favorites like Infamous Second Son, has a new game in the works. Ghost Of Tsushima is their next big game and the hype is definitely there from the moment it was announced at Paris Game Week in 2017. The biggest question is when is the release date? Sony and Sucker Punch have been quite over this question for a while now.

During a shareholders meeting, the release date might have been in the presentation to show to their investors and it said it would come out in 2019. Maybe to show why the growth of money would be happening later on this year. That would help stack their year alongside Death Stranding if true but for the time being, I’d consider this a rumor and wait for Sony to make some sort of announcement. Are you excited for Ghost of Tsushima?
Facebook Twitter Google+ LinkedIn Pinterest Tumblr
Previous article Ark: Survival Evolved Adding New Official Map
Next article Cyberpunk 2077 | Project xCloud | Conference ranks |ILP 114: E3 Recap ft Jez Corden & Rand Al Thor 19