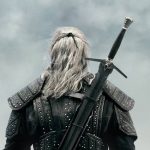 You are reading
Netflix Teases More From The Witcher

Netflix finally revealed promotional materials to The Witcher. The show is releasing this fall and will be starring Henry Cavill as Geralt. Also revealing more of Yennifer and Ciri cast by Anya Chalorta and Freya Allan respectively. The images are a good sign that the show is on course due for its release. This exciting for anyone anticipating the upcoming show.

Rumors had been circulating that the pilot episode, “The Lesser Evil,” required a reshoot and possibly even a recast of particular roles. Reshoots are not uncommon and often times scrapped. Speculation points that Princess Renfri’s role has been recast with Emma Appleton. Original the role was cast with Millie Brady, who also stars in the Netflix show The Last Kingdom. Reshoots for The Witcher may have been during a timeframe with Brady was shooting for season 4 of The Last Kingdom.

Are you excited for The Witcher? Let us know in the comments below!