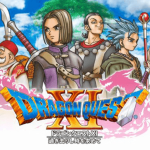 You are reading
Should you rebuy Dragon Quest XI on Switch?

A month before the release of Dragon Quest XI Definitive Edition on Switch, Square Enix released a demo for eager players of the anticipated title. Those who download and play through the demo will be able to carry that data over to the full game when it arrives on September 27th.

However, this demo isn’t a barebone look at the game for new players. From various reports, you can play it for around ten hours, which is, arguably, the right amount of time to decide if a JRPG is right for you or not.

However, a LOT of people played Dragon Quest XI since its Japan release in July of 2017 and worldwide release a year later. In November of 2018, it was reported that DQ11 sold over 4 million units worldwide. You may have been one of those 4 million who have played it. You’ve also probably heard about all of the cool features coming exclusively to the DQ11 on Switch that truly makes it the definitive version. So you may be asking, “Should I rebuy Dragon Quest XI on Switch if I played through it already?”

Well, you can find your answer by asking yourself one specific question: Do the extra features warrant a second playthrough? To correctly answer this, we need to figure out what’s in Dragon Quest XI S that makes it stand out from the PS4 and PC versions.

Dragon Quest XI on Switch includes all of the content from the original game plus:

– An orchestrated soundtrack alongside the original game’s music

– The English and Japanese voice tracks,

– Costumes that will change your appearance, but won’t affect the stats of your currently equipped armor

– Madame Cherie, a new character who is the professor at L’Academie de Notre Maitre les Medailles

Similar to Persona 4 Golden, Dragon Quest XI S looks to be everything you enjoyed about the game from before but now with a substantial list of additions and improvements to make something feel familiar, yet fresh and surprising.

It’s worth noting that the Switch version of DQ11 is, obviously, taking a hit graphically. From my experience playing the demo, the game’s graphical quality is unmistakably downgraded with muddy textures on characters and a lack of detail in the environment. 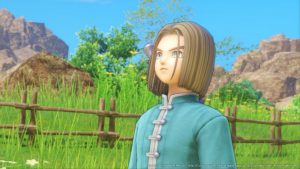 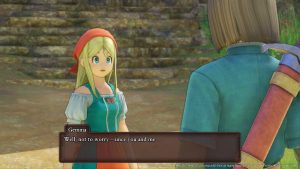 So yeah, it looks a little rough if you’re coming from PS4. For a full graphics and framerate comparison between the PS4 and Switch versions, check out the video below:

However, if the downgrade in graphics does not bother you, then DQ11 on Switch seems to be the best way to play the game. It all goes back to how much you liked your playthrough the first time around and whether you’re up for a possibly better and longer Dragon Quest game. The game is undoubtedly a bang for your buck, but is it worth another 60 – 100 hours of your time?

Personally, I would have to say, “Eventually.” The end of 2019 is seeing banger after banger, and it’s tough to fit in a handful of these games that take so much time to complete. Regardless, it’s on my list of pick-ups just to have a great classic JRPG with a modern flair on the go.