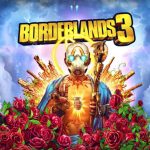 You are reading
Video Game Release Dates for September 2019

While the summer has been quite the dry spell for new triple-A video games, September’s releases are not only looking to quench the thirst but empty your wallet. With the fall season close upon us and new video games on the horizon, here’s a handy guide to all of the confirmed releases in September.

Safe to say, I believe gamers will be busy for September. Which game(s) will you be picking up? Let the Lords know.