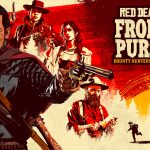 You look at three posters outside the sheriff’s office. They all show people listed as “Wanted: Dead or Alive.” To maintain your role as a Bounty Hunter, you take a cattle rustler bounty and head out to their last known location. When you arrive, you see the rustler has a small militia, but you don’t see the rustler. You pick a spot in the bushes to hide and wait until the rustler comes. Welcome to the newest Red Dead Online update, Frontier Pursuits.

This is a common scenario in the latest update, Frontier Pursuits, to  one of our Game of 2018 picks’ multiplayer mode’s. The biggest feature is three new roles with individual leveling, rewards, and missions. Each role requires a $15 Gold buy-in (Red Dead Online’s purchasable currency) except for the Bounty Hunter role. If you have a Twitch Prime account, you can get the Bounty Hunter role for free. Regardless, each role starts out with basic missions you can do at your own leisure and unlocks harder missions through progression. When you hit a new level with any role, you automatically receive at least two role tokens, which are redeemable for unlocking role-specific rewards for purchase.

Here’s where the similarities end. All roles have wildly different themes and goals. To best describe them, they each need their own space. 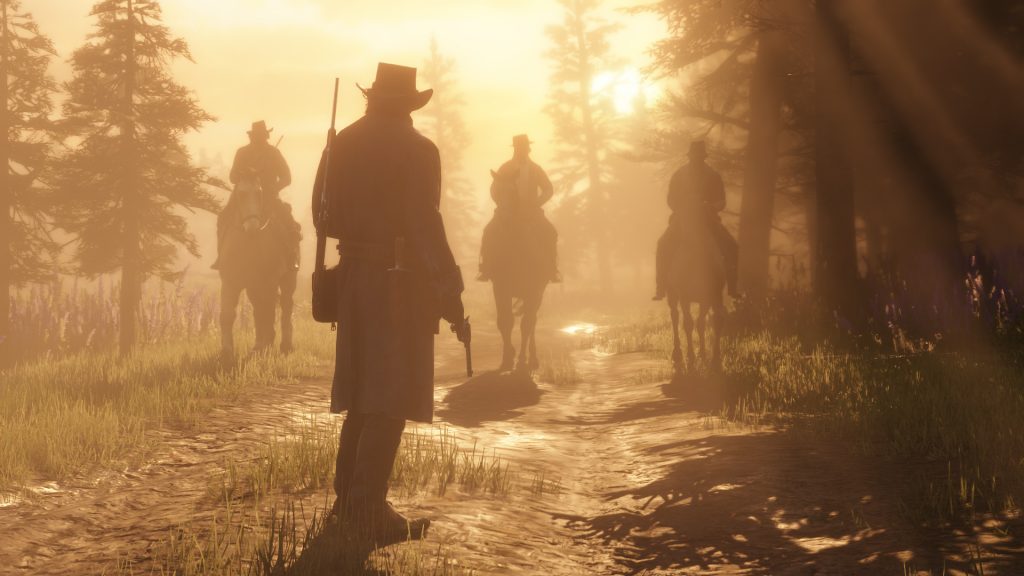 Bounty hunting will be Frontier Pursuit’s most popular role because of the Twitch reward. To unlock it, go to the Rhodes sheriff’s office, where you’ll meet a bounty hunter bringing in a wagon full of bounties. She will give you the pass for 15 gold bars or the aforementioned Twitch Prime deal. From there, you can approach any Bounty Board (commonly found by sheriff’s offices), choose a target, and hunt them down. Most bounties have a small militia with them, so expect gunfights. Once you are close to the bounty, a timer starts to count down how long you have left to bring the bounty in, dead or alive. Alive rewards more than dead, but there are challenges for turning in each. Furthermore, each week introduces a legendary bounty worth even more than ones unlocked through experience.

For a seemingly repetitive gameplay loop, the Bounty Hunter role stays surprisingly fresh. There’s more than enough variety in the bounty missions. Some bounties are holed up in their base, others are on the road with their posse, and others are hidden in their last seen location and need to be searched for.

The timer is the only problem with the Bounty Hunter role. A player can be mere feet away from reaching the drop-off point with the bounty and still fail the mission because the timer ran out. It’s understandable if Rockstar wanted to simulate the bounty escaping, but it doesn’t make sense when you caught the bounty and they’re not going anywhere. A radius around the player for the bounty to escape from would be better.

This is Frontier Pursuit’s exploration-based role. Collector’s all start when they run into Madame Nazar’s traveling wagon. She sells the collector’s bag for 15 gold bars, which lets you collect and organize rare items throughout the world. To help, Nazar sells you collectors map, which, when used, place three areas of interest where a collectible is found. Aside from the Miscellaneous Map, each map only shows where to find items in specific collections. All of that said, you can find collectibles on your own exploration, and you can unlock other items that further help your search. When you complete a collection, you can turn it all in for a big reward, or you can turn in each item for smaller rewards.

However, being a collector is not the most rewarding role. When the player hits the collector’s last tier of levels, they mostly only get role coin awards. Even though the player can trade those coins to unlock the ability to purchase collector specific items, it pales in comparison to either role. Traders and Bounty Hunters both have additional level rewards well into their last tier of levels, and it’s disappointing that the Collector role does not get the same attention.

Here is Frontier Pursuit’s moneymaker. Trading is the camp master, Cripps’, new business venture. You bring animal pelts, carcasses, and other pieces to Cripps, and he’ll prep them for sale. Sometimes, you will need to run supplies missions or purchase supplies to keep Cripps working. Once he makes enough product, you can run a delivery mission. He gives you a wagon that you have to safely escort to the consumer. If it breaks, you will have to carry each product individually on horseback, and only a large posse can carry all individual items. As you progress, you can make bigger deliveries with a bigger wagon, but stay wary of bandits. They’ll attack your wagon or even your camp and steal your supplies. Most importantly, you can more than double the profits off of your pelts and carcasses.

Trading does have two issues, however. First, it feels like a chore. If you run out of supplies or materials, the game will constantly notify you until you resupply either. Second, more importantly, Cripps has trouble keeping the camp put. Cripps has repeatedly packed up camp or not even pitched camp when requested. It’s frustrating because you need to be at the camp to do most trader-related activities. 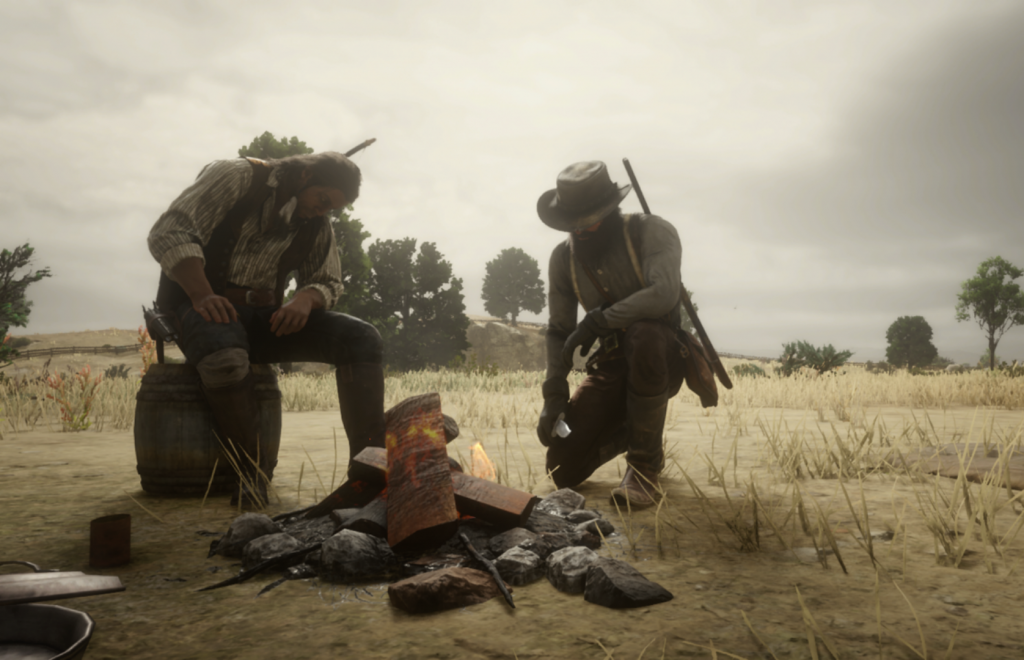 Finally, Frontier Pursuits introduces a true season pass. Wheeler, Rawson & Co. Club unlocks for everyone who plays between September 10th through November 18th. Every few levels, you will unlock a new reward from cosmetics to weapons to ammo and items. For a list of all unlockables through this program, look here. Like many season passes, you can also buy the Outlaw Pass for 35 Gold Bars (Gold bars work out to a dollar for every five gold bars, meaning this is $7 for the pass). You’ll breeze through the Pass levels, and if you keep up with the daily challenges, you’ll make enough gold to unlock the Outlaw Pass without putting real-world money towards it. This is the best season pass I have ever seen for any game as a service.

Frontier Pursuits is a great injection into Red Dead Online’s bloodstream. It gives new, differing direction for you to follow. Before Frontier Pursuits, the only direction was the story missions. Now, there is a better variety of activities. Are you itching for gunfights? Go track down bounties. Want a treasure hunt throughout the massive open world? Find Madame Nazar and hunt down those collectibles. Do you want to make a business? Find Cripps. There are some rough edges to soften out, but they’re all fixable. If nothing else, this is starting Red Dead Online down another Rockstar game as a service’s path: GTA Online.