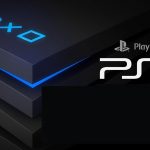 Sony has officially confirmed that they are working on the new PlayStation console, probably called the PlayStation 5. A few months ago they shared some technical info on it. We know it will ship with ZEN 2 based CPU, NAVI based GPU, GDDR6 memory and SSD. So far we all thought that Sony planned to release one console but wccftech.com reports that there might be two PlayStation 5 consoles in development now. More than that is the possibility that a base model and the PlayStation 5 Pro could launch next year.

” According to Japanese journalist Zenji Nishikawa, Sony is launching two different PlayStation 5 models next year, the base and the Pro model. According to the journalist, Sony has acknowledged the interest in a high-end model and wants to give players what they want right from the beginning of the generation.”

Of course this type of leak should be treated with a pinch of salt as it’s just a rumor. As these console launches are fast approaching we should learn more about specs and new features very soon.