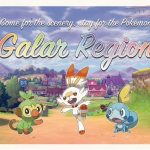 You are reading
Tune in for a 40 Minute (!) Long Nintendo Direct

Yesterday, Nintendo announced a 40 minute long Nintendo Direct scheduled for 6:00 pm EST today, September 4th. Like previous Directs, they have preannounced that the focus of this Direct will be on their 2019 slate of holiday games. These games include entries into two long running franchises Luigi’s Mansion 3 and Pokemon Sword and Shield.

This is Nintendo’s first Direct since E3 and should provide near final looks at all their holiday games. We should also get a better look at the new Nintendo Switch Lite in anticipation of its September 20th launch. Tune back in here tonight for a rundown of any of the announcements that come out of the Direct.