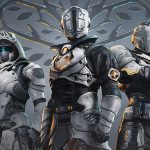 You are reading
Heroic Nightmare Hunts Headline This Week in Destiny

As per usual, Bungie has released a weekly update on the changes and upcoming events for Destiny 2: Shadowkeep. Check out the biggest ones below.

The Hunt is On

Over the course of the next few weeks, Guardians will be faced with ever-increasing difficulties of Nightmares as Heroic Nightmare Hunts launched this week, followed by Legend and Master Nightmare Hunts to come. This isn’t the only challenge though as the Vex Offensive which kicked off with the completion of the Garden of Salvation raid is now in full swing in the solar system.

Bungie has altered the amount of heavy ammo that spawns in Clash, Control, and Supremacy Crucible matches. The changes are as follows:

They are soliciting feedback from the community on the changes, so if you feel strongly about it, let them know.

Next week sees the first Iron Banner in Year Three. Make sure you grab the seasonal pursuit to make progress towards the armor shown above. Prior to completion of the pursuit, all drops will be weapons. I’m personally not a big fan of this system, but that’s just me.

Pretty light week this week, since things are still being smoothed out after major changes brought about by the launch of Destiny 2: Shadowkeep just two weeks ago. Look for our full review of Destiny 2: Shadowkeep in the coming weeks as we dig into the content, and explore the Vex’s impact on the story. In the meantime, tune in for our weekly Destiny podcast breaking down all the latest changes on Destiny 2: Shadowkeep, The Last Word with Lord Cognito and Ebontis every Friday, your go-to looter shooter podcast.