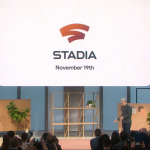 You are reading
Made by Google Event 2019. The condensed version

The Made by Google event is completed and Skool’s Tech Talk along with the Lords of Gaming got you covered! We’ve taken the entire press event and condensed it down to just the important stuff.

The Made by Google event is where Google announces updates to their existing line-up of devices and announce new and upcoming ones. Examples of this are the Pixel 4 and Pixel 4 XL. Those weren’t the only items talked about at today’s event. Google provided release information on Google Stadia (November 19th), the upcoming Pixel Buds, and its Pixelbook Go. Google revealed its Nest Wifi and whole-home mesh wifi network as well as the new Nest Mini.

The star of the event is the Pixel 4. Details were announced about availability, preorders, and specs in the upcoming flagship phone. With the launch on the iPhone 11, Pixel had lost its crown as the best camera phone on the market. Google is hoping the Pixel 4 will take back that title and widen the gap on the smartphone camera market.

The Made by Google event wasn’t only about Pixel 4’s camera improvements. The event also showcased some new features that will be made available on the phone. Watch the video below and see what new and exciting features you’ll be getting if you decide to purchase the upcoming flagship.

If you need to get caught up on what is happening in the tech world, come check out our tech news by clicking here! Make sure to come back daily for up to the minute gaming and tech information!