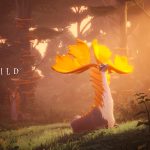 You are reading
Rare’s Everwild Is Absolutely Stunning

During last night’s XO19 Premiere livestream, Rare Studios unveiled their new game Everwild. The game features an gorgeous digital painted art style that is maybe most closely reminiscent of 2008’s Prince of Persia. The trailer showcased a primitive looking world that calls to mind the very earliest days of humanity. The flora and fauna shown were definitely not native to Earth, however. Multiple shots showed human protagonists indicating that this would be a story of how man relates to nature. Check out the full premiere trailer for Everwild below, and be sure to follow @LordsGamingNet on twitter for gameplay impressions from the show floor on Saturday.

This world belongs to everyone. Introducing EVERWILD. #X019 #InsideXboxhttps://t.co/9lwgpeUlpx pic.twitter.com/pp4dSFNL78