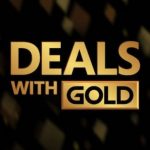 Its a brand new week, which means its time for a brand new week of Deals with Gold on Xbox. This week, features discounts on some big sports titles such as Madden NFL 20, Fifa 20 and NHL 20.  If sports games aren’t your jam, then there is also a variety of different titles such as The Surge 2, Goat Simulator, and many more smaller Indie titles. A large amount of DLC is heavily discounted for this week, with Forza Horizon 4 VIP pass, and all of MK X’s DLC being highlights of this sale.

For my personal pick of this week, I would recommend checking out the Batman games from Telltales Games. While the studio behind these games may have closed its doors, but these games continue to live on. Both the first and second seasons are discounted for 50% off and feature some of the best story telling we saw from Telltale Games.

*These sales are only available for Xbox Live Gold subscribers.

Will you be picking up anything from this week’s Xbox Deals with Gold? Let us know in the comments and don’t forget to check back for the latest gaming news and information.