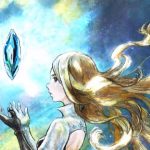 You are reading
Bravely Default II announced for Nintendo Switch

Bravely Default II, the third game in the Bravely RPG series, is making its way exclusively to the Nintendo Switch in 2020.

Announced at the Game Awards 2019, Bravely Default II looks to introduce a new story, cast of characters and locations separate from its predecessors Bravely Default and Bravely Second: End Layer.

The sequel will be produced by Team Asano (Octopath Traveler, Bravely Default) and developed by Claytechworks. Acclaimed composer Revo will be making a return to the series to produce Bravely Default II‘s music. The game looks to use the same eye-candy art style present in previous games.

No other details were announced for the game.

In 2014, Bravely Default released on the Nintendo 3DS to critical and fan praise, citing its unique take on the turn-based battle system, story and music. Reported in 2014, the game ended up selling over one million copies worldwide. Its direct sequel, Bravely Second: End Layer, released in 2016 and sold 700,000 copies worldwide in its launch year.

The Lord’s Word: As for why the game is not titled Bravely Default III or Bravely Third is anyone’s guess. In my opinion, it could be because the developers are taking the Final Fantasy route here. In other words, every main-numbered game is essentially its own universe, its own story, has its own characters.