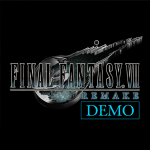 You are reading
Final Fantasy VII Remake Demo May Have Leaked

Final Fantasy VII Remake may be one of the most anticipated remakes that we have seen this generation. Square Enix has been hitting all the right points with some great gameplay teasers and awesome trailers. It appears they might be taking another huge step forward for fans of the game if a new leak is to be believed. The website gamestat which tracks new PSN uploads and PlayStation player counts for many games on the PlayStation network. In the latest PSN additions section, there is a file for “Final Fantasy VII Remake Demo” with listed locations for America, Asia, Europe, and Japan.

While demos have been less common in this generation, Japanese publishers and developers have been using the format more frequently. Thinking back to Resident Evil II Remakes “One Shot” demo as an example. With Final Fantasy VII Remake being playable at several events since E3 2019. It seems very plausible that this game could be getting a demo announcement very soon.

Are you interested in a Final Fantasy VII Remake Demo? Let us know in the comments and don’t forget to check back for the latest gaming news and information.