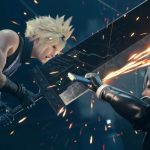 You are reading
Final Fantasy VII Remake Is Coming To PC

Today is the Game Awards which means a massive celebration of the gaming industry is on its way. Celebrating the creativity and hard work of all the developers who developed and published games in 2021. As is tradition with the Game Awards we have a wealth of new trailers and announcements to be excited for. PC players will have something to be excited about with an official announcement of Final Fantasy VII Remake coming to PC.

It was revealed during the Game Awards that Final Fantasy VII Remake will be making its way to PC next week. While there had been many rumors about the game coming to PC. It is exciting for PC players that the announcement is finally official. On December 16th, Final Fantasy VII Remake Intergrade which includes the bonus episode titled INTERmission will be available on the Epic Games Store. It is worth noting that the game is exclusively available through the Epic Games Store and will not be available on other PC storefronts. You can check out the official announcement trailer below. The game is also available to wishlist and pre-order on the Epic Games Store now. There will no doubt be official specs for the title in the coming days with the game’s release only being a week away. We will update you when more information about the PC port is available.

Are you excited to play this long-awaited title on PC? Let us know in the comments and don’t forget to check back for the latest gaming news and information. You can also find our PlayStation 4 review of the game here.

Forspoken Comes To PS5 and PC Early Next Year