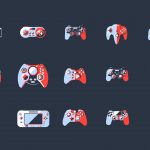 You are reading
LOGNET List Their Favorite Game of the Decade

Ten years of gaming. Ten years of defining experiences only video games can give. Ten of the best years in gaming’s history. As we get ready to head into the new decade, some of the web team at LOGNET are remembering their favorite game in the past ten years. 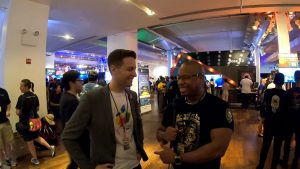 A decade of video games is a long time for personal rankings and reflection. So many amazing games were released during this time period. It is very difficult to choose just one as a standout. I remember watching an E3 vignette with Bioware’s Casey Hudson regarding the very first Mass Effect title. It was an extremely ambitious sci-fi title for its time and focused on becoming the first human specter (peace ambassador/space cop) in the galaxy.

Mass Effect was a standout achievement for character development, impactful dialogue, alien race relations, while most story decisions truly held emotional weight. Mass Effect 2 is one of the rare occasions where the sequel is so far superior to the original in almost every facet of the game, that you can make an argument to skip the first game entirely.

Commander Shepherd was an extremely personal character to me because he was truly my own. This was evident in the character creator, all the relationships I made across the galaxy, recruiting crew members, and the excellent paragon/renegade systems on morality. The combat in Mass Effect 2 was extremely satisfying depending on your ability/skillset path, and the lore was outstanding.

At the time, the codex in the game was voice narrated and I would spend hours learning about different alien species and their customs or biases towards one another. The suicide mission of Mass Effect 2 is arguably the best storyline I have ever played in gaming. This was based on the sheer volume of impactful characters with a cohesive narrative, combined with every decision I made prior to the mission having a lasting effect (even on your imported save data into Mass Effect 3!).  Mass Effect 2 is on my personal Mt. Rushmore of gaming, it is truly an atmospheric and narrative masterpiece. 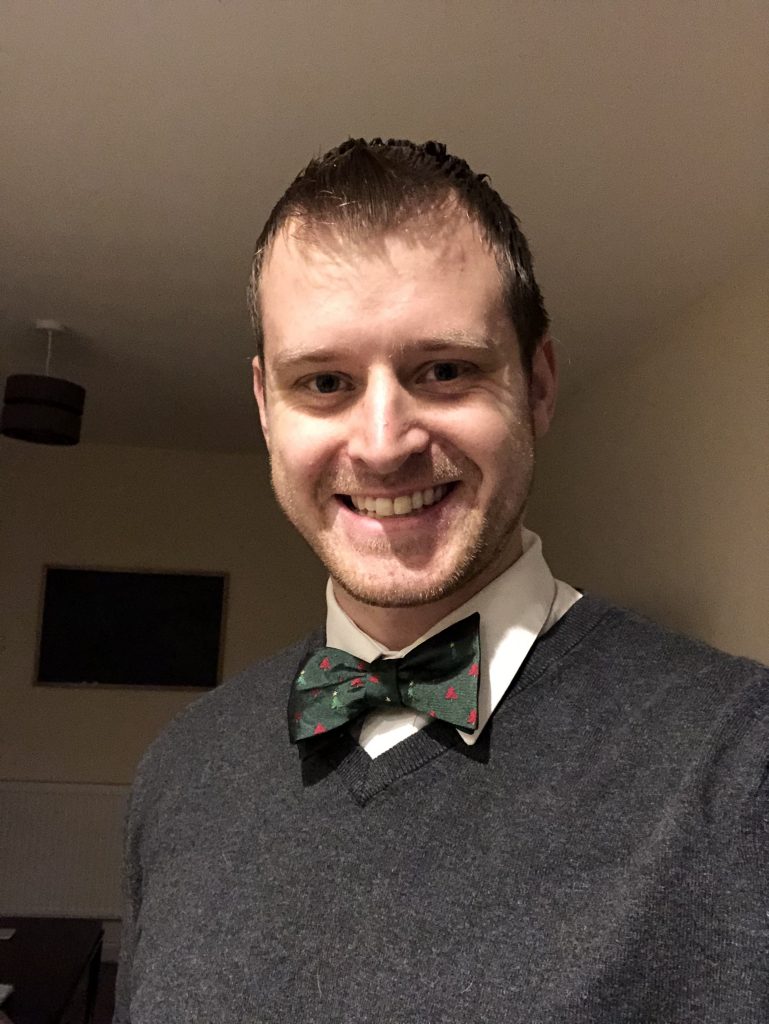 It should be no surprise that the undisputed game of the decade is Dark Souls, seeing as how I wrote about it not long ago for this very site. Dark Souls still sticks with me. It showed that Japanese developers, which had been waning outside of the first parties, still had plenty of juice to compete with the very best of the West. The subtle storytelling, moody atmosphere and tragic characters surpassed every storytelling expectation. It brought me into communities in a way that only Destiny has since. I made friends because of Dark Souls. It made me a better writer and changed how I think about storytelling. And I’m not alone.

Dark Souls changed how the industry thought about combat and world design, even though to this day no one has done it better. This year a Star Wars game came out that was a Souls-like. That is a staggering level of influence. Sekiro: Shadows Die Twice and Bloodborne were able to be made because of the strength of Dark Souls’ success. From Software and Miyazaki have essentially a blank check, and I will gladly hand over mine every time a new game of theirs arrives. Dark Souls is truly a once in a decade game. 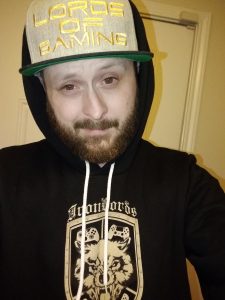 While this game is considered last generation of this decade, it’s one of the few games I repurchased when it became available on current consoles. Borderlands can be credited for taking the looter formula and applying the shooter basics creating a new sub-genre that is ever so popular with games such as Destiny, The Division and Anthem. Quest missions for epic weapons as well as fights with secret bosses were embedded in the game. This made its endgame content fantastic and new. One could even make the argument that these secret bosses were later used in another game in the form of instanced strikes.

When it comes to characters, Borderlands 2 is full of them from Scooter to Tiny Tina and even the villain Handsome Jack. Jack is arguably one of the best villains in gaming; He was Negan (from The Walking Dead) before even Negan was Negan. What impressed me with Borderlands in general was the ability for players to join into and out of the game seamlessly on consoles. This was something that only PC games were doing at this point. This mechanic was fantastic for cooperative playing with your friends and strangers. Everything about Borderlands 2 made for a fantastic game that stands even to this day. 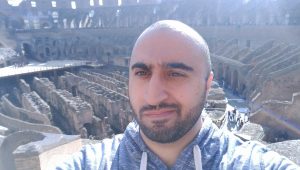 Who would have thought that my favorite game of this decade released almost exactly at the beginning of the decade? Mass Effect 2 was a testament to the RPG genre and game development overall. The game represents a massive leap forward from its predecessor in almost every facet. From tightening up the controls, graphics, character choice mechanics and story, the Bioware of old went over and beyond to deliver one of the most memorable gaming experiences in my life.

Filling the shoes of Captain Shepard and making his/her story your own truly elevates Mass Effect 2 over other games throughout the decade in my opinion. I will never forget Wrex, Liara, Miranda, Tali and Garrus and the rip-roaring adventures we set off on throughout the course of the game. In fact, I was so immersed by the game, I made sure that I completed every single companion quest because I felt a strong bond with the characters that Bioware created.  So lo and behold, Mass Effect 2, a game that released at the end of January 2010, is my game of the decade. 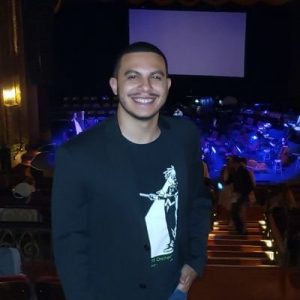 It’s been seven years since I first played Xenoblade Chronicles, and I haven’t been able to get it out of my head since. While not the prettiest game on the block, its sense of adventure constantly intrigued me. I mean, how cool is it that the world your exploring is the corpse of a huge titan (don’t worry, that’s not a spoiler)?! I usually don’t harp on others to play a game, but Xenoblade Chronicles was too great to go unnoticed.

At its core, the game brings together the imaginative exploration and storytelling quality of classic JRPGs into the modern day. Xenoblade brought in seamless interaction between those qualities and its thoughtful gameplay systems, fully cementing its place as one of the best games of the decade. On top of that, the soundtrack absolutely kicks ass. In a time where JRPGs seemed to be phasing out of relevancy, Xenoblade Chronicles reinvigorates what makes them so phenomenal. 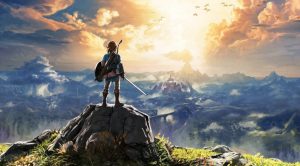 The Legend of Zelda: Breath of the Wild

After staggering praise and a dominating presence since the launch of the Switch, Breath of the Wild just may be the most important game of the decade. Breath of the Wild delivered on all of its promises to be a must own Switch title. Nintendo was able to make the open world feel endless. The level of customization and crafting made this adventure feel like Nintendo’s deepest game ever. Every aspect of the game completely immerses you in its world. You truly feel like anything is possible. 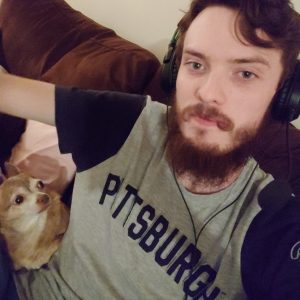 When thinking of a game of the decade, I argue that you need to include both its quality as well as influence. No one did this better than The Elder Scrolls V: Skyrim. I remember when I first got it for Christmas 2011. My brother was struck by how the town guards remembered past transgressions. This despite us slaying a dragon attacking nearby.

I also remember how many new discoveries I found on hour 500. Fast forward a few more years, and you can see Skyrim‘s influence in games like The Witcher 3: Wild Hunt. There’s absolutely a debate over who did it better. However, there is no question but to recognize Skyrim as the source and therefore a worthy game of the decade. 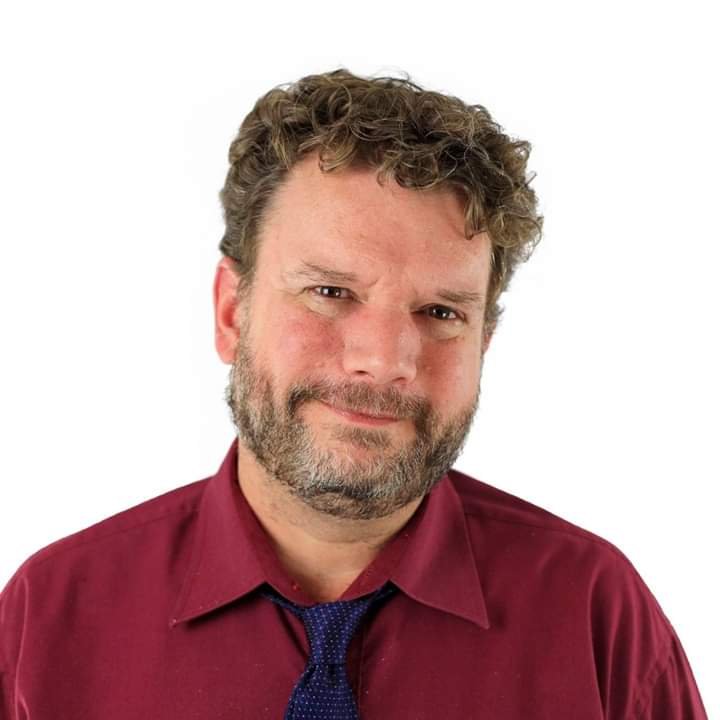 Horizon Zero Dawn took a familiar framework and subverted all of it, making it one of the defining games of the decade.
The PS4 exclusive tells the story of Aloy, a warrior in a post-apocalyptic world, populated by advanced mechanical beasts, which each require different strategies to defeat.

The game’s fluid aesthetic draws from influences as diverse as films like “Clan of the Cave Bear,” “The Matrix,” and “Transformers,” and makes it all appear seamless. The open-world structure should be familiar to anyone who has played a third-person action game in the last ten years. What HZD does within that structure is what makes it remarkable.

Sonnets and haikus are also formulas, but finding the new in the spaces within those formulas is what makes them art. The same goes for HZD. Aloy herself is the first hint of the game’s subversiveness. She’s a female character who Guerilla Games wisely chose to not over-sexualize. Her armor is actually appropriate and functional. Not a bare midriff in sight! Not only does Aloy have her own satisfying character arc, but so do many of the male NPCs she encounters through the game.

It’s those arcs that really set HZD’s story apart from most others. Each of those NPCs displays their own unique facet of toxic masculinity. From the one who is creepily infatuated, to the one who is dismissive because Aloy is female, to the one who suggests marriage immediately upon meeting her.

By game’s end, each of those characters grows to respect Aloy and apologizes for their dismissal and/or objectification. It’s like a subtle primer on how not to be a sexist jerk. And, finally, the combat is the bow that ties the whole package together. You can actually feel yourself becoming more skilled during the game, incorporating dodges and use of elemental attacks to bring down larger and larger machines. You start the game avoiding those larger enemies and end it by actively seeking them out for the sheer sport of it (and the crafting materials they carry.)

The game ends on a bittersweet note, that will probably bring a tear to the eye of all but the most jaded of gamers. Yet it leaves the door wide open for the sequel for which I personally cannot wait.

Honorable Mentions
Mass Effect 2
The Last of Us