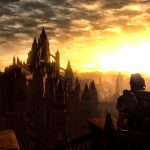 You are reading
Eight Years Later, A Dark Souls Retrospective

It has been eight years since From Software released the now classic Dark Souls. Therefore, in celebration of this incredible achievement in game design, I thought it appropriate to release a bit of a retrospective on what Dark Souls means to me. It’s far more than just a whole lot of “You Died” screens.

Go listen to the theme song for Gwyn, Lord of Cinder (it can be found here). I’ll wait.

This song is the perfect encapsulation of why Dark Souls is my favorite game of all time. This song plays over the game’s final boss fight. As the Chosen Undead, you have slain dragons, monsters, and gods. You have slogged through the bile of Blighttown and braved the drowned city of New Londo. You have grown powerful feasting on the souls of those you have murdered to get to where you are now, standing at the door to Gwyn, the god of gods. He is enshrined in an ashen kiln guarded by his loyal black knights who all lie dead by your hand.

This is your moment of triumph.

Dark Souls’ vaunted difficulty, which has scared away thousands of others, has been no match for your tenacity, your patience, and your skill. The only thing left is to conquer this final challenge. The doors open and a bent, tired, old man awaits you. There is no swell of music, no triumphant crash of percussion. There is just the sadness of strings and the piercing tone of piano keys. As you roll, counter and slice your way to victory, you can’t help but think…this is it? 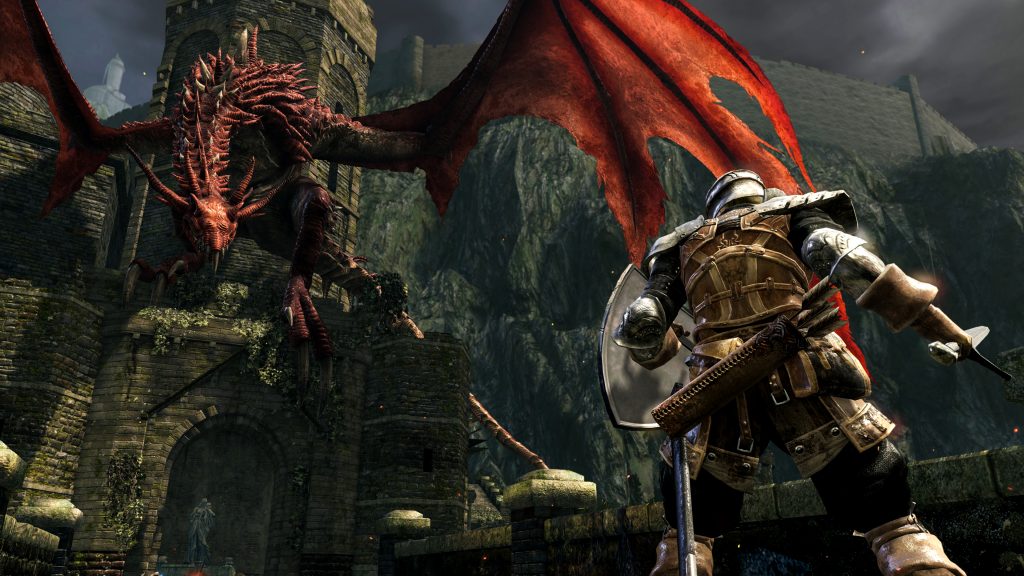 Dark Souls is a game that, in retrospect, delights in subverting expectations. That final boss fight? That ends with you either condemning the world to infinite darkness or throwing yourself into a bonfire to burn alive. The god that you killed was the only one keeping the world still in the light. Nice job. You being the Chosen Undead? Turns out that was all just a ruse, you and the other 2.8 million people who played the game are all suckers who believed they were special.

Dark Souls looks like every other medieval fantasy game for the first few hours. You kill skeletons in a crypt and zombies in an abandoned town. There’s a big red dragon. This is all just to lure you in. It uses the tropes and conventions of the genre to tell a story that is fundamentally about loss. Not the kind of loss that is so common in games, the kind that comes with a bang. No, this game is about the melancholy sadness that comes with a slow, fading away. Dark Souls is a game with a message and a lesson for the player to learn. Dark Souls knows what you came looking for, and it gives it to you only as a way to bring you somewhere much more interesting. What’s more, is that it makes you want to come along.

No conversation about Dark Souls can be complete without dissection of the difficulty. Dark Souls is notoriously hard, and its notoriety is well-earned. It is unforgiving in the same way a match of Street Fighter or Dota is. You can make a mistake, but you better be ready to pay for it. Everything is dangerous, including, maybe especially the geometry. I died more times by rolling off a cliff than I did to any enemy, Capra Demon included.

This difficulty serves as a barrier too high for many people, and if you’re one of them, I don’t blame you.

I was one of you.

I made it through the first ten or so hours before abandoning it for The Witcher 3. It took six months for a second look. Think about how many games you have come back to after starting and putting down for six months. That number is in the single digits if it is even above zero. That is the power of this game. The difficulty is the story. The game is hard because the sacrifice required of you at the end demands something powerful. It demands that you be better than everything and everyone. Every second of this game reinforces this core concept. It is this dedication that makes the game so interesting. Everything from the art direction, to the character designs, to the soundtrack, forces you to marvel at the cohesiveness of the designers’ vision, and it begs you to see what’s coming next.

I didn’t have the will to resist. 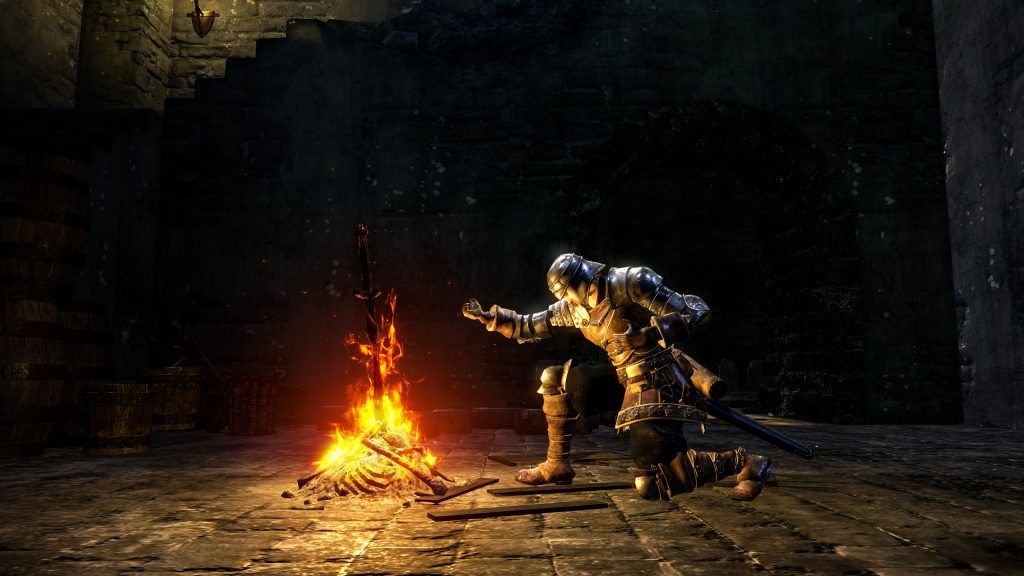 The Best Games Don’t Just Challenge You, They Change You

As this retrospective comes to a close, I have realized that Dark Souls serves as a dividing line in my gaming life. Before Dark Souls, I wanted to experience worlds. After Dark Souls, I wanted to understand them. I wanted to know about invincibility frames and optimal builds. I wanted to know why design decisions were made. Dark Souls compelled me to go deeper than ever before into the games that I loved. It is because of Dark Souls that I learned the name Miyazaki and that lead to me knowing Cory Barlog, Casey Hudson, Amy Henig, and Erik Wolpaw. I was a gaming explorer, experiencing each world on my own. Now, I am a part of a global community. I have made and played with countless friends and dove deep into the brilliance of the people behind the screen. My life is richer because of Dark Souls.

I’m not going to use this last paragraph to beseech you to play the game. You have already decided if you are going to or not. What I would implore, is for you to experience the world. Look at the artbook, watch your favorite streamer, read the interviews, or listen to the soundtrack. Even if you know the game isn’t for you, don’t let this world slip away. Walk the spires of Anor Londo. Traverse Sen’s Fortress behind Siegmeyer of Catarina, the knight whose melancholy only grows as he realizes that he is too portly to conquer the challenges ahead. Weep as Sif defends the grave of his fallen companion. Don’t let Dark Souls just be about “You Died” and “Praise the Sun”. It is so much more than that. Lordran is too beautiful to ignore, and we could all use a little more beauty in our lives.

From Software made my favorite game of all time.

And it isn’t even close.