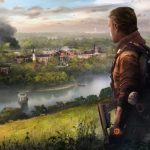 Video games are changing. No longer are they exclusively a fixed price buy and beat experience, though those are still here to be celebrated. Games now are evolving worlds with ongoing content in the form of bite size chunks and events that keep players coming back day in and day out. These are games as a lifestyle, a place where we can hang out with friends in family across the world, but also places of immense competitive spirit. These are games that keep us coming back and where the story is just the beginning. Two of the most talked about games of the year at Lords of Gaming are featured here in 2019’s Best Live Service Game.

Hopes were high that The Division 2 would be a huge successor to the amazing first game. With the changes that were implemented it has definitely lived up to the hype. Common complaints from the first game such as the “Bullet Sponge enemies” and “lacking in content”, have definitely been addressed in the sequel. When the game went live, I was hyped and ready to go into DC to defend the US Capital.

With Division 2 out for 9 months, Ubisoft has shown us how they plan on improving the base of their looter shooter game. They have improved the bullet sponge effect by adding more NPCs and also given the Boss’s armor. To solve the lack of content, they have added a raid, more weapon drops, and even more specialization. This allows people to continue the grind and love of the game. Ubisoft has also helped to improve PVP. They have added more maps and tried to help balance weapons to make everything feel more even. As a total package, The Division 2 is a huge upgrade from the first game and absolutely the best live game of 2019.

Runner Up: Destiny 2 from Bungie

A vast amount of credit needs to be given to Bungie. They have  effectively reshaped their content delivery system over the course of Destiny 2. Bite size expansions followed by dearths of content have been replaced with a season pass model ripped straight from Fortnite and Apex: Legends. The community team has released roadmaps for each season, and then stuck to them with a clockwork-like accuracy. The Shadowkeep expansion brought a return to a fan-favorite area from Destiny 1, and radically changed both the weapon and armor meta. Bungie has made a live game that incentivizes players to tune in each week for the ongoing narrative. More than that, it is a narrative that is now finally carrying over between seasons with Season of the Dawn. Since Forsaken, Destiny has continued to improve its week-to-week engagement. This makes it perfect as runner up to 2019’s Best Live Game.

While Final Fantasy XIV Shadowbringers serves as a JRPG first, it’s through and through an MMO. The development team has been fully committed to delivering the best live game they can make. This dedication is evident in every detail of Shadowbringers. On top of improvements to what’s there, Square Enix introduced the new Trust System. This mechanic allows players to take on dungeons with AI comrades, adding to the solo-playing experience. Future updates are said to add a lot more content and improvements based on feedback as well. FFXIV is not just the developer’s game, but the community’s as well, making it one of the best live games in 2019.

Splash Damage Is Working On A New Sci-Fi IP