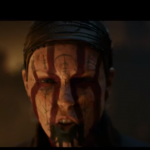 You are reading
Senua’s Saga The Follow Up To Hellblade: Senua’s Sacrifice Has Just Been Revealed

Hellblade: Senua’s Sacrifice was a standout title in 2017 from developers Ninja Theory. With a big focus on mental health and the struggle that people suffer with. Hellblade quickly became a much-beloved game by both journalists and gamers. Now fast forward to the Game Awards 2019, where we just received a trailer that no one saw coming. Senua’s Saga: Hellblade II was just announced with an in-engine trailer.  As a massive fan of Hellblade, I was out of my chair in excitement. I never thought that this game would get a sequel, and to have it teased with the next generation of Xbox is huge. It is great to see Ninja Theory get the recognition they deserve as developers and I cannot wait to see more of Senua’s Sage: Hellblade II

Are you excited for Senua’s Saga: Hellblade II? Let us know in the comments and don’t forget to check back for the latest gaming news and information.