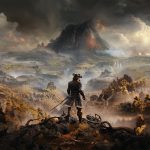 You are reading
GreedFall Review on Xbox One X

GreedFall is an action RPG that attempts to blur the lines between AA and AAA production. The game has a very unique setting, not typically depicted in videogames. It is set in a fantasy world that takes cues from colonial Europe. This is based on weaponry and clothing style found within the game. In addition, there is a prevalence of magic and mystical creatures throughout GreedFall.

Players assume the role of De Sardet, a noble from the Merchant Congregation nation. The game opens with De Sardet preparing to travel to the newly-colonized island of Tir Fradee. De Sardet’s cousin, Prince Constantin d’Orsay, was appointed governor of New Serene, the Congregation’s capital on the island. While De Sardet assumes the role of his Legate or Envoy. The Congregation hopes that De Sardet will be able to find a cure for the malichor, a deadly plague spreading rapidly throughout the old continent, in Tir Fradee’s exotic landscape.

Throughout the game, players will dive deep into the politics and motivations of Greedfall’s multiple factions and characters. The protagonist will likely walk a fine line between the various factions in the game. Including balancing the interests of the Tir Fradee natives and the different colonial powers on the island. As De Sardat continues to pursue a cure for the malichor, he/she will unravel truths and make difficult decisions impacting the game’s storyline.

The 17th century or colonial period is not commonly presented and is quite refreshing. Weaving together themes of colonialism, factional politicking and identity together in a well-told and paced story. These aspects indeed were intriguing and captivated attention throughout the duration of GreedFall. The main story and side quests complement each other wonderfully. For instance, completing companion and faction side quests will make life easier during the main quest.

One of GreedFall’s strongest points is its careful details in its quest lines. Similar to The Witcher 3, side quests in GreedFall are filled with intrigue and personality. They hardly waste your time and are a worthy endeavor. Especially the companion and faction side quests, which only adds to the game’s strong quest repertoire.

Every level up awards you one point for the skill tree, which determines your character’s combat specialization. This includes different weapon types (short swords, heavy weapons, long blade), magic spells, firearms, and traps. The second and third skill trees focus on gear type and character attributes respectively. Points awarded to these tables occur every second and third level up. Gear types include equipping certain levels of weapons, armor and magic rings. While attributes such as vigor, charisma, and intuition affect gameplay. These traits can also affect dialogue and traversal options for players during GreedFall. This gives players the option on how to tackle quests. Players can sneak in or bribe their way to the objective. Or, they can rely on brute force and destroy everything in their path. 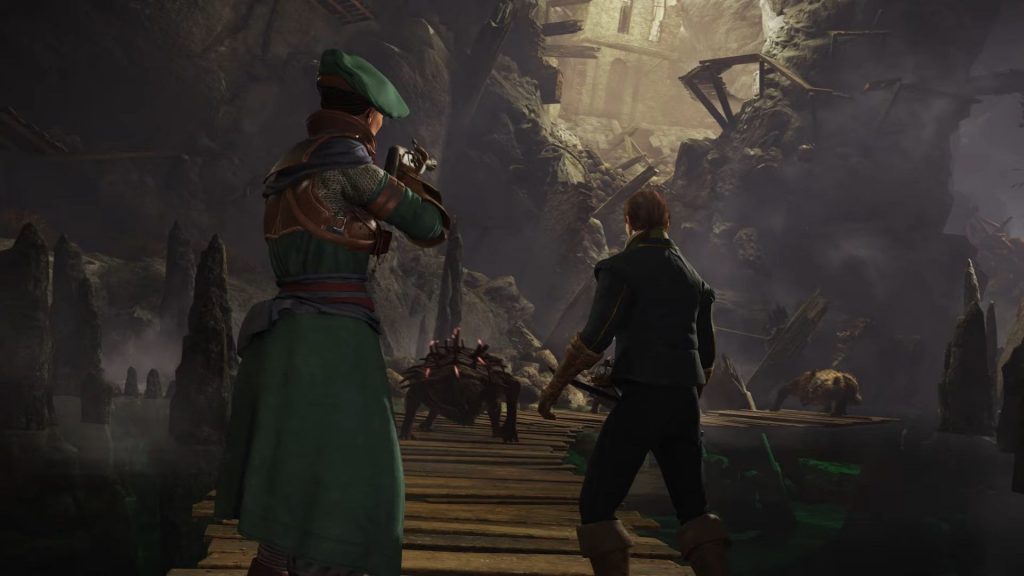 GreedFall gives players choices when it comes to progressing in quests.

GreedFall is ambitious, however, technical limitations hold it back. Animations are rough and janky. Facial animations are competent but clearly didn’t use mocap. Combat contains typical action RPG elements. Attacks build up the fury meter, leading to a devastating blow. The game emphasizes balance during combat. De Sardat can kick opponents to unbalance them and unleash a critical attack. Parrying and dodging are skills that players can rely on.

GreedFall also takes inspiration from other RPG developers such as Bioware. Players can pause during combat and select upcoming actions. This system was heavily featured in the Dragon Age franchise. The game’s dialogue system takes inspiration from The Witcher series. While companions and their quests feel awfully similar to Mass Effect.

Visually the game is inconsistent. During indoor venues, GreedFall looks straight out of the early 2000s, with forgettable interior design and layouts. However, outdoor is a different story. Trotting along a forest can at times look breathtaking. The color pallet and lighting really shine if HDR is turned on. However, there is a clear lack of variety in environments in GreedFall and it quickly become indistinguishable. 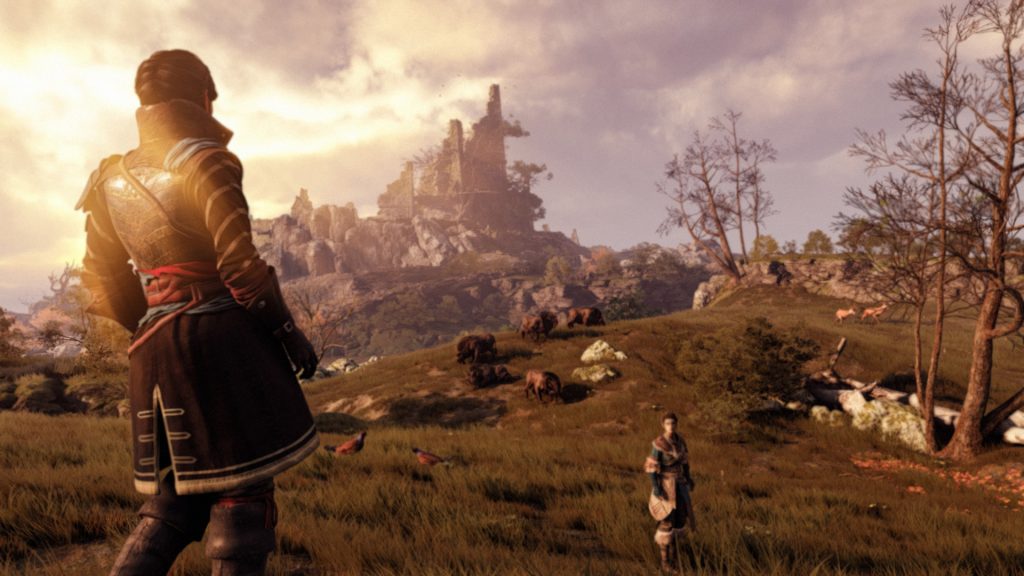 Overall, character design is competent, but it doesn’t really excel. Characters are usually distinguishable based on their factions. For instance, Siora, is a native and differs physically from Vasco, a Naut companion. Clothing textures and design become more interesting the more colorful they are, which is a rarity in the game. Weapon design is also lackluster, with few visual variations of each type.

Enemy variety is also limited. Most enemies come in human, beast and large guardian form. Beasts, for example, come in a few forms and quickly become repetitive. Their attack patterns are predictable and are un-dynamic. However, the guardians are the most unique and varied enemies in GreedFall. This creates memorable fights that will likely challenge players.

Musically, GreedFall’s score is largely passenger. Similar to other aspects of the game, the musical score is not memorable but is appropriate. The timid orchestral score just hangs in the background without taking precedence. Again, this is likely due to the AA status of the game., which is outpaced by the game’s clear ambitions.

GreedFall’s ambition clearly outweighs its execution. However, it does warrant any western RPG fan’s attention. While it’s rough around the edges, one can overlook it to see the bigger picture. GreedFall has some truly wonderful moments, especially during side and faction quests. These quests are well written and add to the overall experience, despite a somewhat “safe” main questline.

Fans of The Witcher and Mass Effect, who are hungry for an RPG experience, will likely enjoy GreedFall. The game takes at least 18 hours to complete, so there’s plenty of content. In the end, GreedFall is indicative that there still is a place for AA games, even in a crowded market. GreedFall was developed by Spiders and published by Focus Home Interactive. The game was released on September 10, 2019, with a $49.99 price tag.