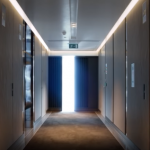 When it was announced back in 2018 on the E3 stage that Ninja Theory had been purchased by Microsoft the world was shocked. Many were concerned that Microsoft’s track record for stifling the creativity of their teams would be the death of Ninja Theory as we know it. However, as time has progressed this idea has been proven wrong at every turn. With Ninja Theory working on two separate games with one team working on the upcoming multiplayer title Bleeding Edge. While another team works on the recently revealed Hellblade II, a game many felt we would never see a sequel to. Today we learned that Ninja Theory’s ambition knows no bounds as they announced a third game. Project: MARA finds the studio diving deep into the human psyche as they want to experiment with “mental terror”. While this premise sounds absolutely terrifying after what was crafted with Hellblade: Senua’s Sacrifice, they certainly have the talent to do it. While very little information is available at this time, there is a short 43-second teaser trailer that is worth checking out.

“Project: MARA will be a real-world and grounded representation of mental terror, based on real lived experience accounts and in-depth research with the aim of recreating the horrors of the mind as accurately and realistically as possible.”

While we will most likely be waiting a while before we see more of Project: MARA. It is great to see Ninja Theory continue to grow and that they are just as ambitious as they have always been.