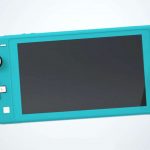 The holiday season is one of the most interesting times for sales data in regards to the gaming industry. With people buying gifts of consoles and software at higher volumes than other periods in the year. It is always interesting to see what consoles and games consumers are purchasing in mass volumes. As always a big thank you to Mat Piscatella and the NPD group for the hard work they do in regard to sales data.

The Nintendo Switch closes out 2019 as the overall winner of best selling hardware not only for the month of December but also for the entire year of 2019. The Switch continues to defy expectations and has quickly become a sales juggernaut. If Nintendo can keep giving people reasons to purchase a Switch the console could easily become one of the top 5 best selling consoles of all time.

PlayStation: A Decade of Greatness

Call of Duty: Modern Warfare continues to be unstoppable, while Star Wars Jedi: Fallen Order continues to have amazing legs maintaining its #2 spot on the list. Nintendo wins big again as they are responsible for 10 of the 20 top-selling games of this month. Nintendo IPs still stand on a stage all on their own in terms of sales trends and the holiday season catapulted them to even more success.

This year was a huge year in terms of game releases, but some things will never change. The domination stranglehold that Call of Duty has on the NPD sales charts every year is unprecedented. While many may say on social media that the franchise is dated and irrelevant, it still manages to be the best selling game in the US every year.

What do you think of these numbers? Let us know in the comments and don’t forget to check back for the latest gaming news and information.