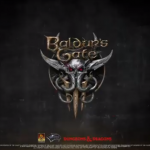 Baldur’s Gate 3 was one of the biggest surprise announcements at PlayStation Will Not Be Attending E3 2020 2019. The last entry in the series was Baldur’s Gate II which released all the way back in 2000. It was a shock to many, especially when it was revealed that Larian Studios would be developing the game. Larian Studios if you are not familiar are the developers behind the Divinity Original Sin series. Divinity Original Sin II has often been cited as one of the best RPGs released this generation. To say that if you are an RPG fan then you should be paying attention to Baldur’s Gate 3.

Today, the official Baldurs Gate 3 Twitter account tweeted a 30-second teaser which talks about how long it has been since they have last shown anything, and much has changed. At the end of the trailer, a date was revealed in fiery letters. It looks like on February 27th, 2020, we will be getting a closer look at the game. Personally, I could not be more excited to see the work that Larian Studios has put in.

Are you excited about Baldur’s Gate 3? Let us know in the comments and don’t forget to check back for the latest gaming news and information.