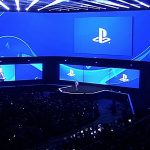 You are reading
Opinion: PlayStation Should Not Skip E3 2020

The year of next-generation consoles is always filled with a variety of “rumors” that point to absolutely ridiculous things. From the rumors of PlayStation and Xbox acquiring every independent studio under the sun to Rockstar shutting down after the launch of GTA VI. Fans are in a fever pitch mood wanting to believe every single person who creates a Reddit or 4chan account. However, sometimes more reliable sources step forward and cause things to stir into a fever pitch. This happened yesterday, with an article from Video Game Chronicles which states that there could be a possibility that PlayStation could skip E3 2020. While the sources for this news are anonymous,  but analyst Michael Pachter stated the following quote to VGC in regards to PlayStation attending E3 2020.

“As far as I know, they don’t plan to attend,” he said. “I think that’s a huge mistake, as their ‘focus on the consumer’ is not inconsistent with their attendance at the premier industry trade show. I hope they change their minds, but am skeptical.”

While Mr. Pachter has had a spotty record in terms of his inside information accuracy. It does bring up a big question with these rumors. Is Sony skipping E3 2020?

Are They Truly Done With E3?

Everyone remembers back in late 2018 when Shawn Layden made the announcement that PlayStation would not be attending E3 2019. It shook the world, it was the first time since E3 1995 that the PlayStation brand would not be attending. Layden cited not having enough content to show to justify an E3 presence, which with how quiet Sony has been this is a very justifiable statement.

While Sony is in a position to have an amazing 2020 with massive games such as Final Fantasy VII Remake, The Last of Us Part II and Ghosts of Tsushima. Even the most hardcore fans would have been disappointed to basically see a remake of E3 2018. Skipping E3 2019 ultimately was a smart move for Sony. However, with next-generation heating up it begs the question. Wouldn’t Sony want to drive hype through the summer for all the games that they will be using to sell PlayStation 5 to consumers?

There are a couple of factors that have changed since the decision was made for PlayStation to skip E3 2019. The biggest factor, in my opinion, is Jim Ryan. Ryan is a very hungry, and passionate leader for the brand with his effort being shown in the success of the PlayStation 4 in Europe. While Ryan now finds himself at the wheel for the whole ship and has done some very interesting moves since taking over the role. From the very rapid and good changes to the PlayStation Now subscription service, and doubling down on cross-play support. PlayStation has changed its direction under Ryan’s leadership for the better many would argue. Given his track record, I cannot see him giving Xbox the stage uncontested at E3. To let Xbox have that much attention, while also having negative press about not attending the event. It seems unlikely they would skip.

From a business sense, I can understand why PlayStation would skip E3 in terms of cost. They have shown they can effectively communicate through a State of Play stream and blog posts. As a long time fan of PlayStation, their E3 presentations have always been a spectacle. The reveal of God of War at E3 2016 is probably one of my favorite memories in terms of gaming reveals of all time. While releasing a trailer no matter the means still conveys the same information, how it’s delivered can be a huge factor. The full orchestra performance leading into the God of War reveal was a gut punch, as a long time fan of the franchise. You simply don’t get these same feelings from a blog post.

It is January at the time of writing this article, we currently have little to no information on PlayStation 5 and its games at this time. There will no doubt be a PlayStation Meeting in the upcoming months to properly reveal the console and its many features. Which will keep fans happy through the Spring and then leaving the summer and fall before the subsequent launch of PS5 sometime in the Holiday time period. It makes a ton of sense for PlayStation to carry the hype over from a potential PlayStation Meeting over to E3 2020. With them debuting all the games that will make fans crave the upcoming console.

The ultimate cherry on top would be the return of PlayStation Experience to launch the PlayStation 5 to a fever-pitched audience who has been fed info and teasers throughout the whole year. If its this easy for myself a consumer to see how this plan could play out, there is no doubt that somewhere in a boardroom at Sony this has been suggested. Fingers crossed that they follow through with this plan in a spectacular fashion.

What if Pachter is correct and PlayStation does skip E3? While there is no doubt that E3’s relevance has been waning over the years. A huge part of this is the 24-hour news cycle generated on social media. This gives publishers more ways than ever to showcase their games. Spending tens of millions on a presentation is no longer as attractive to shareholders as doing something smaller such as a Nintendo Direct. PlayStation has had no issue with breaking some of their biggest announcements via social media. After all, the acquisition of Insomniac Games was announced on Twitter during Gamescom, and actually overshadowed announcements at Gamescom.

The amount of power and hype that is generated by the PlayStation brand has never been stronger. PlayStation has also found reasonable success with its own Direct styled State of Play. If PlayStation does decide to skip E3, I think there are a few things that need to happen to counteract backlash.

For those that don’t know, PSX, or PlayStation Experience, was a more fan-focused event put on by the PlayStation brand. It was a celebration of their fans and developers. It became a place where PlayStation would share footage and interviews pertaining to their biggest upcoming games. Also, it allowed fans to meet their favorite developers and get hands-on with a wide range of demos. PlayStation Experience 2018 was canceled by then-chairman Shawn Layden, citing the same reasons they eventually canceled their E3 2019 for. Which was “Lack of impactful content to show”.

Personally, the cancellation of PSX was a bigger hit than E3 for a handful of reasons. The biggest being that PSX was always about the fans, and not really about dropping “huge” announcements. It was a celebration of PlayStation and their fans, and to see the company cancel it was heartbreaking for many long-time fans. If PlayStation plans to skip E3 2020, then it seems almost necessary for them to resurrect PSX.

PlayStation’s silence has been deafening to many. From people “accusing” them of PS3 era cocky Sony returning, all the way to people saying PlayStation is so big they don’t need to compete anymore. Both of these statements are so appallingly wrong that it hurts me to even write them. While I feel PlayStation has been abnormally quiet in terms of what their next-generation plans will be. There is certainly no reason to be doom and gloom; however, PlayStation does need to speak up in regards to some information.

One rumor that has been consistently stated with no real source to be found is in regards to PlayStation 5’s backward compatibility. While it was confirmed by Mark Cerny that PlayStation 5 will support PlayStation 4 games in the infamous Wired article. He never once mentioned anything in regards to PS3, PS2 or original PlayStation games. This has not stopped fan sites from drumming up their own information and “rumors”. From a rumor that points to PS5 having physical backward compatibility all the way back to the original PlayStation.

While its certainly not PlayStations fault for misinformation, but as we saw early in this generation with the Xbox One. If you do communicate your intentions clearly and consistently fan rumors can end up setting expectations too high. If PlayStation 5 does have full backward compatibility then congrats to the team for the momentous success they have achieved. However, the brand itself never promised this in the least. PlayStation needs to clear up some of the nonsense that has been floating around. Otherwise, casual consumers may read these rumors as facts.

Personally, I think it would be a bad decision for PlayStation to skip E3 2020. If they choose to communicate their information in a thoughtful and meaningful way, it might not backfire on them. It will be very interesting to see if PlayStation Experience will return for the launch of PlayStation 5. As a long-time fan, I hope that PlayStation not only comes back to E3 2020. I hope they rethink their decision to not have a PSX the past few years. Bring the show back for the fans.

If you love PlayStation, don’t forget to check out my recap of my favorite memories of 25 Years of PlayStation here.