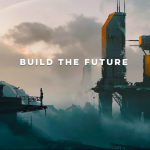 You are reading
Archetype Entertainment Wants to Fill The Bioware Void

Wizards of the Coast may be synonymous with tabletop role-playing games, but their presence in the video game world is surprisingly shallow. Despite enormously successful forays such as Baldur’s Gate, Neverwinter Nights, and Icewind Dale, the company that owns the Forgotten Realms have seemed rather, well, forgotten in the modern era. Wizards’ new studio Archetype Entertainment is looking to change that.

Take Me To Texas

Archetype Entertainment is a new studio in Austin, TX. The significance of this should not be lost on anyone. After all, Austin is the home of some of the highest-profile studios in the nation, including Bioware Austin (The Old Republic), Retro (Metroid Prime), Vigil Games (Darksiders), and Blizzard (World of Warcraft). Archetype is pulling from this deep well. The Studio Head, James Ohlen, was the Creative Director and Lead Designer on many of the highlights of the Forgotten Realms forays into video games: Baldur’s Gate, and Neverwinter Nights. He also held the title for fan favorites Star Wars: Knights of the Old Republic (KOTOR) and Dragon Age.

He’s joined by Chad Robertson, a fourteen year Bioware vet, and Drew Karpyshyn, the lead writer of KOTOR and Mass Effect. The struggles of Bioware in the last few years don’t need to be relitigated. Mass Effect: Andromeda was a disaster. Anthem had initial promise but that game has been dying a slow death since launch. The frustration amongst both the community and internally seems to have boiled over with so many high profile departures. It’s great to see this talent staying in the gaming community and embarking on a bold new venture.

Given Archetype’s status as a subdivision of Wizards of the Coast, it would be easy to say that their first game would be something in the Dungeons and Dragons or Magic: The Gathering universes. However, the concept art on their website has a much more futuristic vibe. The company’s slogan is “Build the Future”, what that future is though is unknown. The main piece shows derelict buildings in a stunning mountainous landscape. It has echoes of the Destiny Cosmodrome, of a rebuilding future after an apocalypse. 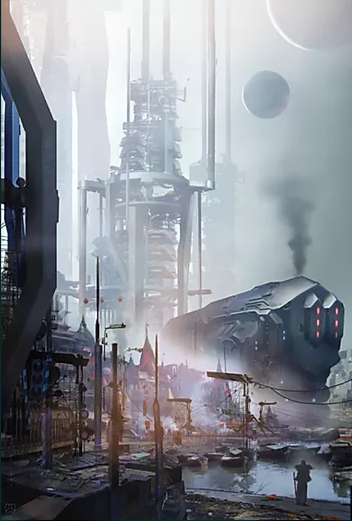 The other piece shows a Blade Runner-esque gritty train station with coal smoke pouring out of the engine. An Asian influenced, rice hat-wearing individual can be seen in the foreground. Meanwhile. Elysium-like spheres, or perhaps small moons hanging in the sky.  All of this points to a sci-fi setting, which given the success of The Outer Worlds last year, is a setting ripe for more exploration. It has been a long time since a major new player stepped into the triple-A RPG space. Given that, we could not be more excited. We look forward to seeing what Archetype Entertainment is cooking up in a couple years time.