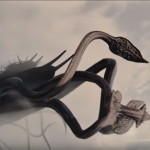 When Baldur’s Gate 3 was announced at E3 2019, it took many people by surprise. The last mainline installment in the Baldur’s Gate series was all the way back in 2000 with Baldur’s Gate II: Shadows of Amn. Along with this announcement we learned that Larian Studios would be heading up the Baldur’s Gate 3 project. Larian Studios are the creative minds behind the Divinity Original Sins series. Which are considered some of the best RPGs that have released this decade by many critics. This seemed like a match made in heaven at the time of the announcement. Now today, we got to see some of the fruit of this partnership. In a live stream that ran for over an hour, we got our first look at Baldur’s Gate 3 with a 6-minute cinematic trailer.

The game is running in the stunning new Divinity 4.0 engine, the cinematics are stunning. It shows a massive step up from Divinity: Original Sin 2 and Larian Studios is shooting for the stars. We will have more information in regard to Baldur’s Gate 3 as it becomes available.

Here is a summary of the plot details from the Baldurs Gate 3 Steam store page.

Abducted, infected, lost. You are turning into a monster, but as the corruption inside you grows, so does your power. That power may help you to survive, but there will be a price to pay, and more than any ability, the bonds of trust that you build within your party could be your greatest strength. Caught in a conflict between devils, deities, and sinister otherworldly forces, you will determine the fate of the Forgotten Realms together.

Are you interested in Baldur’s Gate 3? Let us know in the comments and don’t forget to check back for the latest gaming news and information.

You can check out the full live stream from PAX East down below.