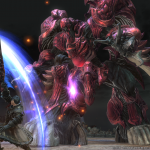 You are reading
FFXIV Patch 5.2 To Feature Ruby Weapon Boss From FF7

Final Fantasy XIV Patch 5.2 is nearly here, and it’s another hefty piece of DLC coming to the game. Along with additional story quests, Patch 5.2 will include brand new content and various gameplay improvements. In a cool callback to the iconic Final Fantasy VII, the gigantic Ruby Weapon boss fight will have its own Trial in FFXIV.

See More: Final Fantasy XIV May Be Coming to PlayStation 5

Below, you can see a quick breakdown of what’s coming to Final Fantasy XIV Patch 5.2: 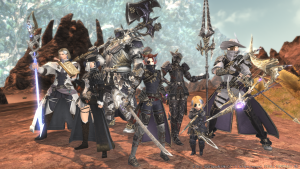 The game and development team will make an appearance at PAX East 2020 in Boston. Square Enix will feature a Ruby Weapon Challenge and a developer panel.

Final Fantasy XIV Patch 5.2 Echoes of a Fallen Star will release on February 18.