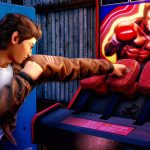 You are reading
Shenmue 3 Review

The Shenmue series has a rich history that spans over 20 years. Each game has its own moment in time. As well as, it’s own unique undertaking that gives fans more love and respect as time goes on. In the 90’s creator, Yu Suzuki was tasked with moving his Sega Saturn Virtual Fighter engine to a story-driven action game. When that became insurmountable, he was then challenged to launch one of the most ambitious games ever created. To build a flagship title for the Sega Dreamcast, Shenmue. Two years later, Microsoft gave him the platform to continue his story for American fans on the original Xbox console. 13 years followed Yu Suzuki evolved again, this time launching the most successful video game Kickstarter of all time. Shenmue 3 doesn’t have a history, it has a legend.

What Makes a Shenmue Game? 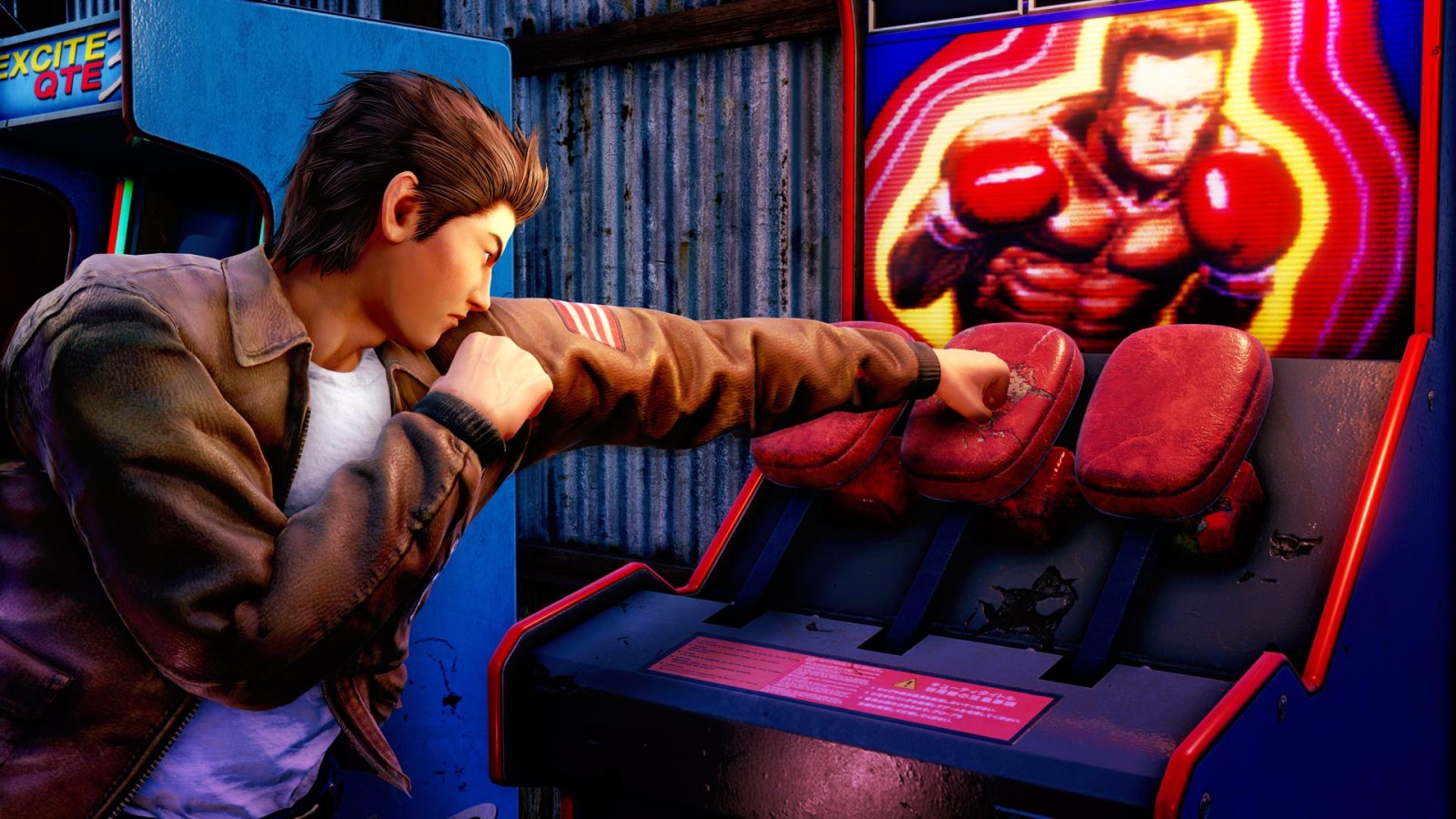 Once a game becomes a series, there exists a formula to define what that game is. With every game, there are changes and evolutions to allow that game to exist on its own. As well as its ability to provide a unique experience. This is extremely relevant to our Shenmue 3 review. If you haven’t played Shenmue 1 and 2, do not play this game. Go out and get the ports released in 2018, stop reading right now. For Shenmue veterans, think about what makes a Shenmue game. To me, Shenmue means large open areas with seemingly endless things to do. A strong in-game economy with part-time jobs. Combined with getting bounced around on quests, developing your fighting skills, meeting new people and following your endless bloodlust for revenge.

Shenmue 3 is an Action-Adventure game set in fictional areas of China. You play as Ryo Hazuki, a Japanese martial arts student in a continued search for his father’s killer. The game was launched on Kickstarter in 2015, crowdfunding subsequently ended three years later at over $7,000,000. Followed that was a silent partnership with Deep Silver, Epic Games, and Sony just to fund the game’s launch. On November 19th, 2019 Shenmue 3 was finally released for the Playstation 4 and Epic Game Store. Playtime can take you anywhere between 25 to 30 hours to complete and roughly around 50 hours to experience every crumb. The abnormal financial situation makes it hard to understand how big of a game Shenmue 3 is. Think of it as a larger scale indie game or AA. Full disclosure, we contributed to the crowdfunding of Shenmue 3.

What Shenmue 3 Gets Right 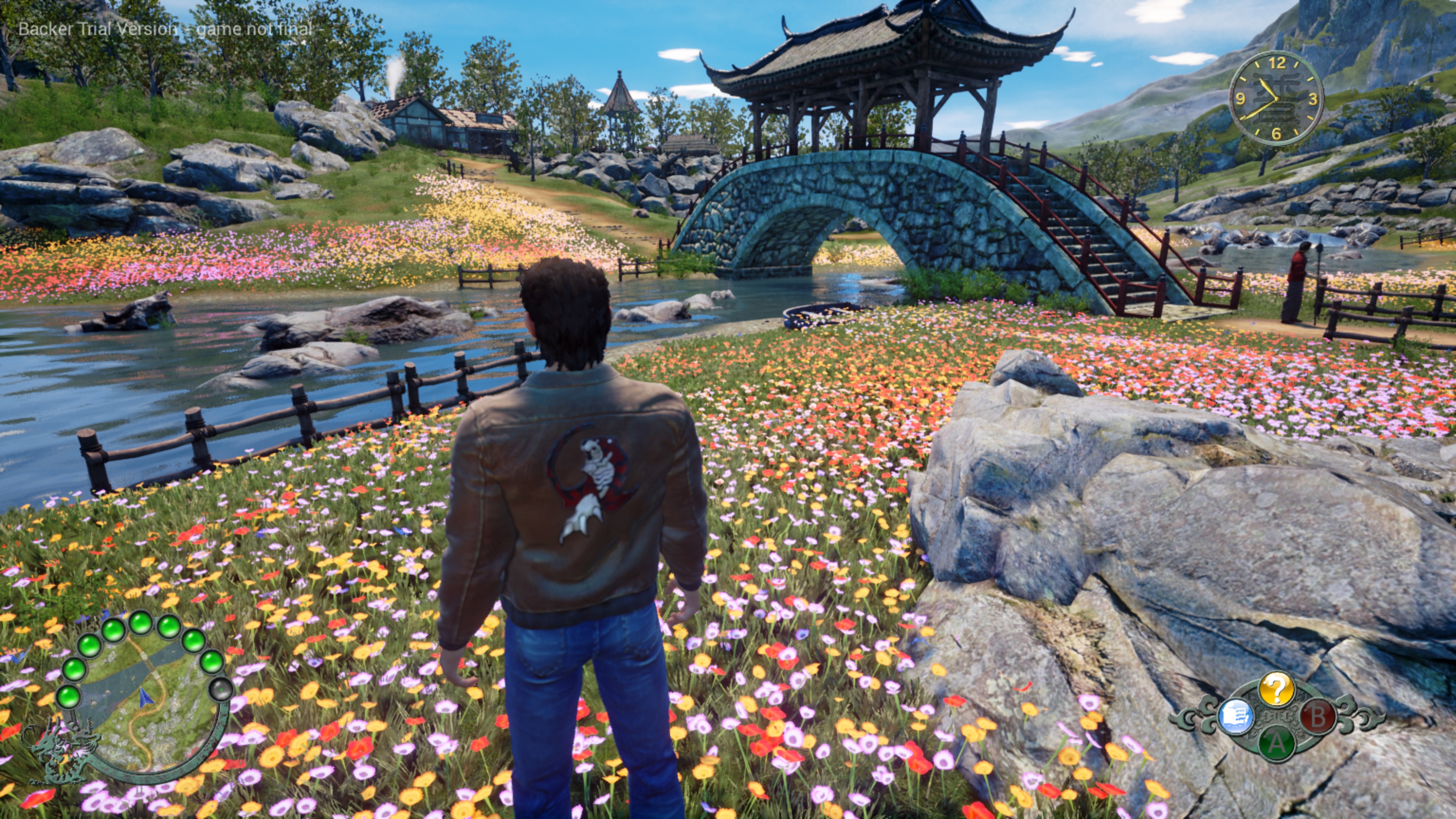 The settings in Shenmue 3 are an area where the game shines. These are some of the deeper and most vibrant settings in the entire series. There are two main areas Bailu Village, exactly where Shenmue 2 ends. Then there is Niaowu, one of the best city like areas to ever exist in the franchise. Bailu Village is absolutely the most beautiful and colorful area in the series. It can be a little boring within the villages but the story camouflages that. Niaowu is a contrast, it plucks a cord from Shenmue’s renowned concrete jungles. It is a little more similar to the previous areas from the other games. However, Niaowu is deeper. There are more shops, more NPCs and more arcades. Having to relocate to another area in the game is reminiscent of changing discs from previous games in the series. 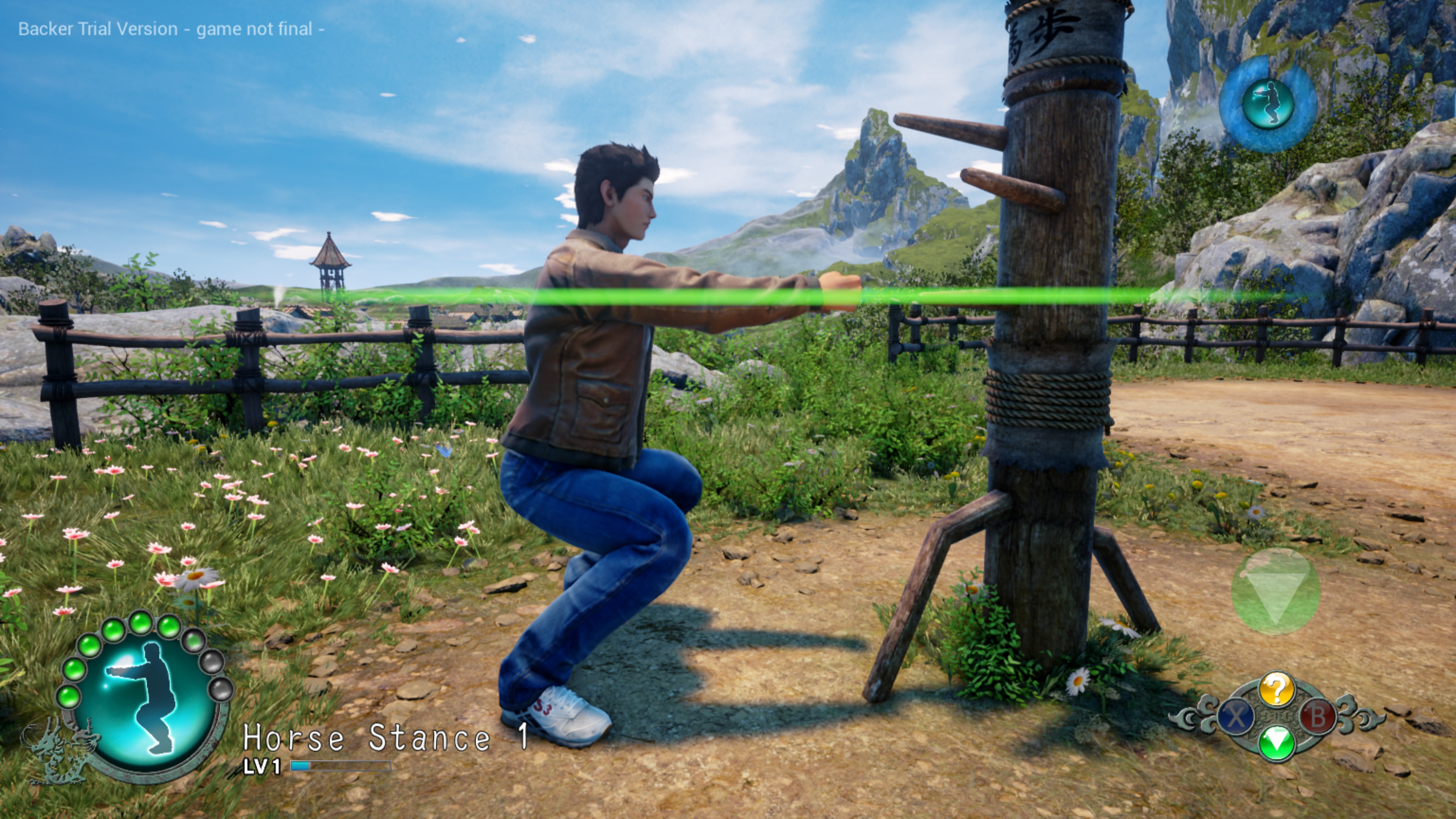 Along with new areas, there have been a few other changes to give the series a fresh take. The economy has been re-worked, there are new methods of building up your fighting skills. As well as new mini-games and jobs. Now Ryo can earn money fishing during the first half of the day on the in-game clock. To build up Ryo’s fighting skills you must buy move books at shops then master them at dojo’s. You can no longer find move scrolls to increase the number of your attacks. Mastering each new move increases your attack power. To increase your stamina there are three mini-games you can play for countless hours. Stamina is still the health bar in the bottom right of the HUD.

What Shenmue 3 Gets Wrong 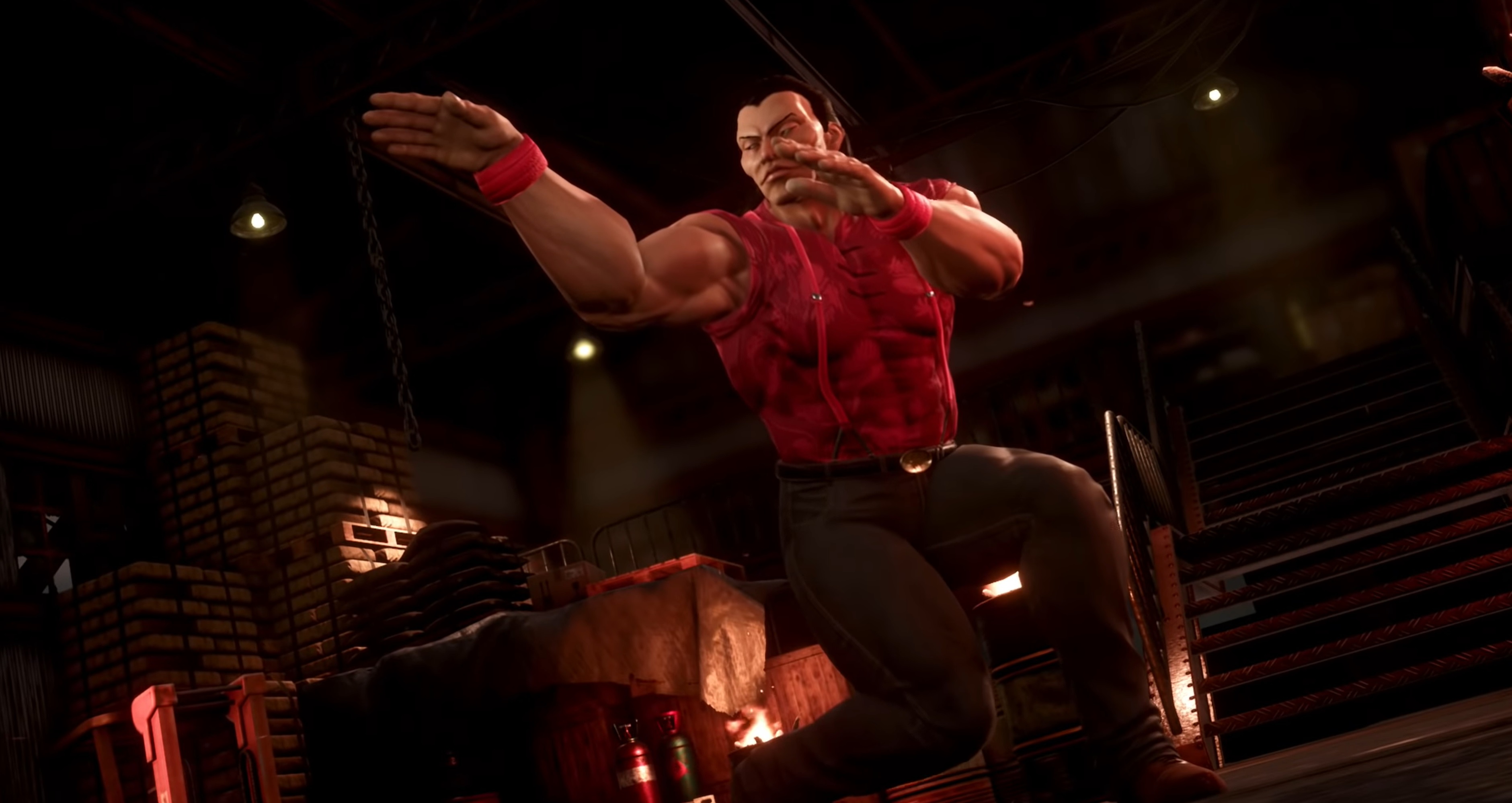 I can’t agree with all the changes Yu Suzuki made this time around. They really broke the economic system here with this game. As Ryo walks or runs around the map stamina depletes. That creates a loop that I don’t believe respects the players’ time. As the stamina depletes you have to buy food to refill the meter. Then Ryo has to work, to earn the money to buy food to be able to run around the map and fight. This element was not there in previous games and I don’t think it adds to the game in terms of substance. It just artificially expands the games total playtime out a few hours injecting you into this needless loop. In conjunction with, the need to spend money on move books to build your skills. On top of that, staying in Niaowu has a daily fee and some quests require you to spend thousands of in-game dollars buying items Ryo needs to complete the story.

Altogether within a 25 to 30-hour game, you are going to find yourself spending 10 to 15 hours just working to earn money through three mini-games. Fishing, forklift driving, and chopping wood are the really easy ways to make money. If you want to gamble or play other mini-games to build up your wealth that just takes longer.

There are some minor issues with the game as well. The QTE events are a nightmare. Previous Shenmue games put QTE’s on the map. Having to quickly mash a button displayed on the screen during the cutscene made the cinematic elements of the games playable. This gave the feeling that every moment in the game had life. QTE events in Shenmue 3 have awful timing, are infrequent and the button icons are poorly displayed. The directional pad icons are colored green like the triangle on the Dualshock. The buttons don’t flash as large symbols anymore. The whole thing feels off, input lag is seemly unaccounted for. Instead of being this complementary mechanic, it becomes this tedious thing that makes you watch all the cutscenes twice.

We are publishing our review of Shenmue 3, months after the game’s launch due to the frame rate instability. I found Shenmue 3 to be unplayable at launch. Digital Foundry covered this very well, frame rates are unlocked on the Playstation 4 Pro and it was a mess. Shenmue 3 is a great looking game and the crowdsourced funded indie game accomplished a great deal by hitting 60 frames per second. However, they failed to keep it there. The unlocked frame rates on the PS4 Pro make the entire game look like an unstable nightmare.  Thankfully, a number of patches have improved the issues. There are still some frame rate issues fortunately, the game runs at a more stable rate. Shenmue 3 launched unfinished, the developers rush to get the game out before holidays. The issues might have a lasting impact on how history will look back on the entire franchise.

The music in the game hits just like the visuals do. The traditional Japanese music sets an ambient tone that helps build the classic Shenmue atmosphere. I just wish there was more of it. Each area and mini-game has its own music, if you spend too much time in one place, it can become monotonous. Especially when you are grinding to fatten that wallet or sharpening Ryo’s skills. 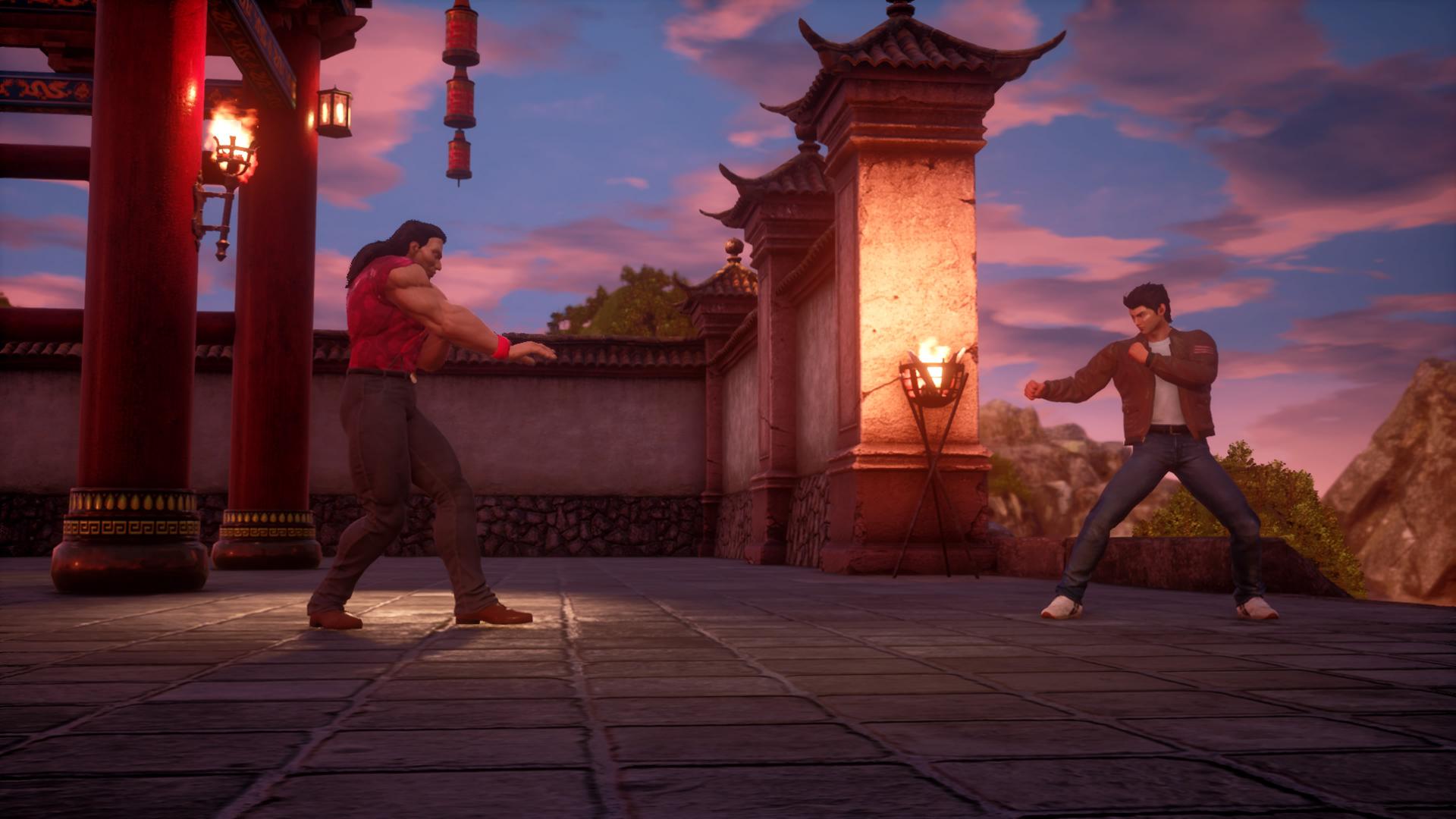 If you are a fan of Shenmue games, you don’t need anyone to tell you to buy this game. You probably already have. If you can accept the classic janky Shenmue facial animations and eclectic voice acting this game is for you. Shenmue 3 is an acquired taste. Know what you are getting into before jumping in. Go play the older games first then, decide if this is for you. The story and reverence behind Shenmue is the best part about what’s here. Finishing Shenmue 3 can feel like a job but hey, at least you get to drive a forklift.

7
Shenmue 3 is a game trapped in a time paradox. If you know what you are getting into dive in.