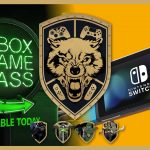 01:00- @LordCognito starts off the week’s “Lordly Introductions” with this week’s guest & friend to the realm, Lord Richard Hoeg (@HoegLaw) !

30:20- The Lords give their thoughts on last week’s results for the Official ILP Twitter Poll!

35:30- Based on the all-time Console earnings reports that have been making the rounds, The Lords discuss the recent Xbox and Switch Earning Reports reported!

01:49:55- Sony has been pretty busy with their surveys, asking consumers if they would want PS4RemotePlay on Switch & Xbox! The Lords give their opinions on this VERY POLARIZING topic!

02:25:05- The Lords ask if the corporate management & philosophies at #EAGames have changed due to the success of #RespawnEntertainments recent IPs !

02:45:55- The Lords go over the new ILP Twitter Poll question going up this week!