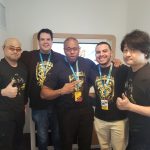 You are reading
Interview: PlatinumGames Atsushi Inaba and Hideki Kamiya 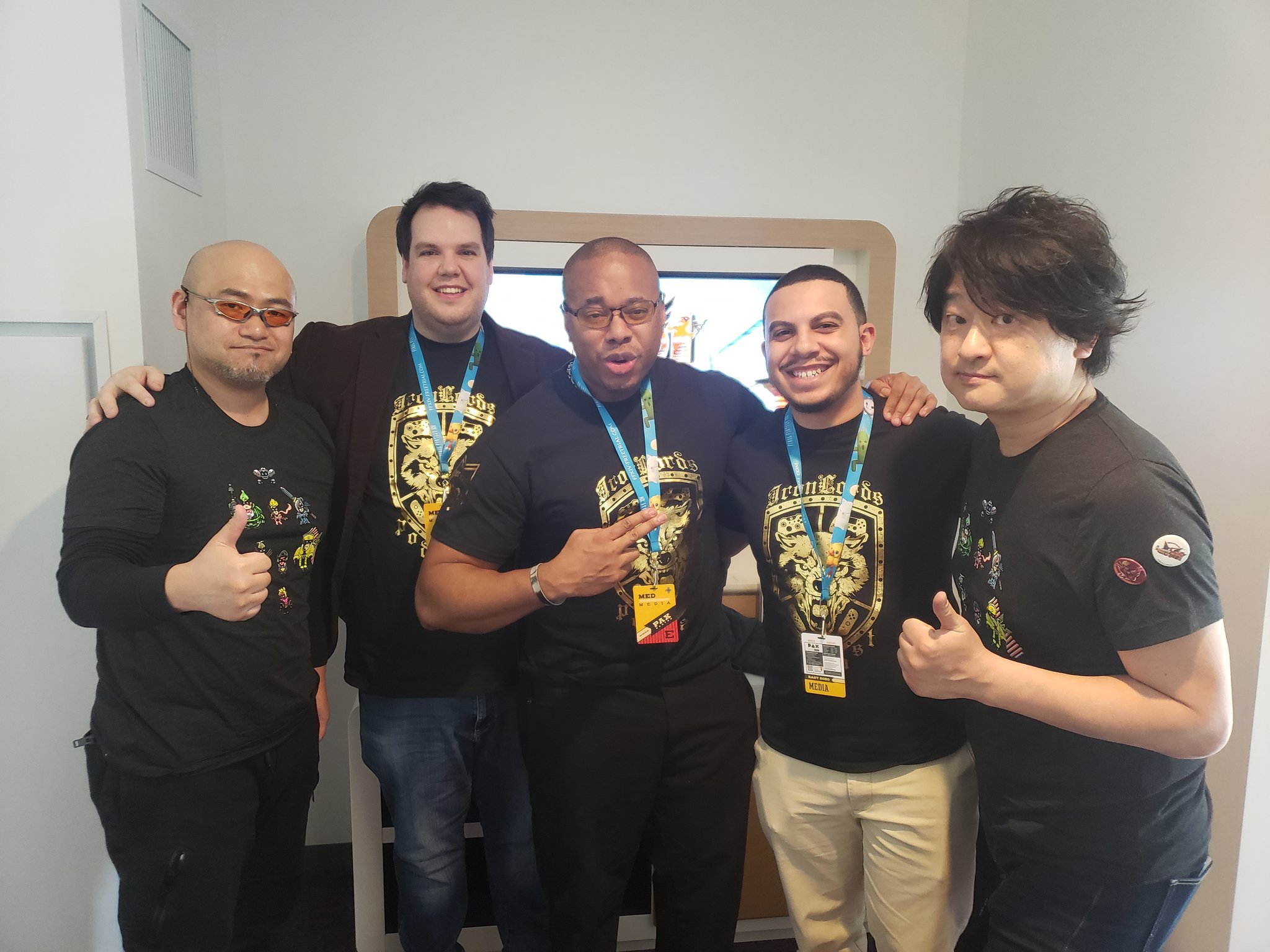 The folks over at PlatinumGames are making tremendous waves this year. This month alone they have announced a Kickstarter Campaign to bring The Wonderful 101 Remastered to Steam, PS4, and Switch. This week they announced a new studio in Tokyo focused on live service games. As well as a new game tentatively titled Project G.G. We recently had a chance to sit down with Atsushi Inaba and Hideki Kamiya to catch up on all of the on-goings within PlatinumGames.

Atsushi Inaba: “We are very happy with how things are going right now, when it first started we were really worried about, you know is it even going to hit the goal. But, we hit it right away and we are very happy that the fans are giving it the support.”

LOGNET: “The last time I checked the Kickstarter backer page said, April delivery for backers. Then you guys had said, May release date in the new trailer. Are backers getting the game around the same time as retail, or will the backers get it first, then retail?”

Atsushi Inaba: “Yes backers will receive the game before it goes on sale. More reason to get on there and back it.”

LOGNET: “Why Kickstarter? Were you really just concerned that people didn’t want it?”

Atsushi Inaba: “So, for this particular project, a lot of things came together for us. The Wonderful 101 was a game we always wanted to revisit. But we were unsure if the fans really wanted the game or not. But the main thing we wanted to gauge was support from the fans. Moving forward with self-publishing we really wanted to see, do people still care about the game? Do people still care about us? We knew there would be some risk in running a Kickstarter, but we’ve been very happy with the support we’ve received.

LOGNET: “With your upcoming project Babylon’s Fall, how is development going on that project?”

Atsushi Inaba: “We are doing our best to work on the game but, the call on where it’s going is really Square Enix’s call. We are working hard on it but, that is up to the publisher to comment.”

LOGNET: “Are there going to be any technical loopholes you have to get through to get The Wonderful 101 on other consoles?”

Atsushi Inaba: “There were some difficulties. The biggest one being dealing with converting a 7-year-old engine to a modern-day platform. Each platform has different limitations. But in the end, it wasn’t such a problem for us..”

Hideki Kamiya: “From a design perspective, it is very important to me to retain the fun control aspect on the different platforms. One of the biggest differences is, from the Wii U to the current platforms is that there is not going to be any touch panel. The original design of the game was using the right stick so this game reverts back to that. I feel that players will still be able to enjoy that aspect, just using the right stick. The other big difference is the fact that there are two screens on the Wii U versus just the one screen on the current platforms. There were some challenges to make modifications for a picture in picture. I have added a lot of user-friendly aspects to that. To allow you to move the screen around, change the size a bit, things like that. Basically retaining the fun aspect of the game but, adapting it for the new hardware.”

LOGNET: “What technical achievements are you most proud of on the higher-level hardware. Both on the Switch and the other consoles?”

Hideki Kamiya: “So the interesting thing about this game is that it’s a remaster but, of course, the specs are higher, we are going to have a higher framerate, it’s going to be smoother. From a design point of view, one of the things we are emphasizing is the fact that it’s much more user-friendly than before. I have added a lot of different options to point the characters in different directions and things like that. So think of it as a remaster but it’s not so much that it’s more cosmetically appealing. What we are really proud of is that we hope it’s a much more enjoyable experience for people who have played the game in terms of playability.”

LOGNET: “The term Hero Trilogy was used with the Project G.G. trailer, can you speak to how Project G.G. connects to The Wonderful 101 in any way, can you elaborate on that?”

Hideki Kamiya: “Everyone wants to know what’s up with this trilogy, but there’s not much we can say about it now… In my mind, there are three types of heroes here in Japan. There’s the single transformation hero that we had in Viewtiful Joe. Then there’s the team of heroes, like Power Rangers style that we have in The Wonderful 101. The third one is, the giant hero. The worlds among themselves aren’t connected in any way, each of them is their own independent game… For G.G., I’m planning to create a really unique system, so really I’m looking forward to players experiencing that.

LOGNET: “At this time, are we able to comment at all on what the scenario is?”

Atsushi Inaba: “We can not comment on that at this time. We do admit that a lot of it has not been decided yet. We are still designing that ourselves right now.”

LOGNET: “Is Project G.G. something that has been burning in the back of your mind for a while now? Or is this something new that you have just started with?”

Hideki Kamiya: “It’s something that has come about recently… There is an interesting backstory to how this came about. Seeing as how this is going to be our first self published game, we held a competition within PlatinumGames where anybody could write up a game design idea and we would all judge them. I wanted to hear the ideas the young staff had, I did not enter that. We came down to the final three, then I actually made a design and handed it over to Mr. Inaba. Mr. Inaba really liked my idea so, in the end, it was my design that was chosen to move forward with our first self-published IP and take the form of Project G.G.”

LOGNET: “PlatinumGames has the pantheon of stylistic action games. What was your direct involvement with Astral Chain?”

Atsushi Inaba: “I was the lead producer on that game. When I saw the design for it, I was really fired up about it.”

LOGNET: “Any plans to release any sort of extension to that?”

Hideki Kamiya: “I was also involved in that project in a supervisory role. The director was Mr. Taura. As you mentioned, the game involved two characters and chain mechanics, which was really unique. But the team had been at a loss as to how to implement the system properly and were throwing around different ideas trying to make it work. It was then that I stepped in and offered my experience and knowledge, which helped them make the decision and figure out how to implement the system.”

Hideki Kamiya: “For me, of course, it’s the game I have worked on myself, like Bayonetta and The Wonderful 101. But as you said, I could never choose one of my own babies. So both of those.”

Atsushi Inaba: “For me, it is impossible to choose. I can’t choose one, I love them all. The thing that I do like is, working on these projects and seeing them develop. Project G.G. I am working on that right now, then I am going to work on the next one and the next one. So for me, it’s just the continuation and moving on and sharing these games with the fans is my favorite aspect.

Keep following Lordsofgaming.net for more updates on everything related to PlatinumGames.