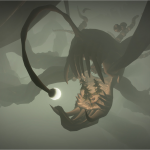 Here at Lords of Gaming, we have spent the last year working to bring you the best content about the best games from some of the most unique voices across the world. 2019 has been a more divisive year than most, in that it was a year full of risks. Sure there was the standard Call of Duty yearly release, but developers of all sizes swung big in 2019. The gaming landscape was full of surprises, and none more so than the bevy of new IP that hit store shelves. Games from developers with long pedigrees, and first efforts combined to showcase just how wonderfully varied this hobby of ours can be. To celebrate these achievements, Lords of Gaming has chosen these three games as our Best New IP of 2019.

There are games that give you a lot to explore, and there are games that make you want to explore. The Outer Wilds is a new IP that exemplifies the latter. You’ll explore the ruins of the people that came before yours which are dotted throughout your solar system. Mobius Digital successfully encourages you to make these discoveries without needing a traditional experience system. You don’t have to worry too much about dying though, because you’re stuck in a time loop, but you should also worry about dying to a supernova because you can’t redo this entire puzzle again without losing it!

From the moment you enter into the world of Control, you are greeted with surrealism. The paintings on the walls, the character interactions, even the voice acting call into question the nature of reality. That reality is something truly wonderful. Remedy has always walked a fine line between camp and cool. Control walks that line better than any game before it. Item flavor text and the live-action videos come together into a cohesive whole. It feels so well-realized and wonderful that you can’t help but be addicted to the care put into the world.

The characters are the exact right amount of offbeat. The performance put in by Courtney Hope (the lead Jesse Faden) and James McCaffrey (Director Trench) are top of the line. All this though would be just window dressing if the game play didn’t match the narrative heights.  Fortunately, at every turn it exceeds them. The gun play and movement feel tight and varied. This is expected from the studio behind Max Payne, but it is the powers that make Jesse an instantly memorable protagonist. Whether it is levitating or ripping pieces of the architecture out of the walls to hurl at enemies, Control delights in giving players boundless options with which to attack the combat sandbox.  Control is a new IP that lingered with me long after I put it down. I will no doubt pick it right back up again with the rumored port to Xbox Series X and PS 5. The Oldest House beckons you, go give it a visit. You won’t be disappointed.

When I think of a Platinum Games title, I always think of fast-paced stylistic action with cinematic set-pieces. Thier new IP Astral Chain not only takes that formula to the next level but also introduces new wrinkles and one of the coolest cooperative mechanics in gaming. Package this with action-packed cinematic storytelling, and Astral Chain feels like a modern-day anime come to life. You take control of a special police task force (Neuron) who has found a way to domesticate and synergize with an alien race now named Legion. This bond is indeed a neurological link to your AI companion and the plethora of combination attacks you wield in-game is staggering. Not only do these combo attacks look cool but you can also implement defensive counterattacks against bosses as well.

There are multiple Legion at your disposal each with their own attributes and advantages in combat. The skillset sub-menus have tremendous depth and the customization options are plentiful. Astral Chain also adds old school platforming elements and non-combat detective work sections. These act as a refreshing change of pace during the campaign. Astral Chain‘s story can be a bit over the top, and some characters are very cliche. However, its uniqueness sets it apart. The beautiful cell-shaded graphics on the Nintendo Switch keep you along for the ride. I could not be more excited for the future of this new IP.