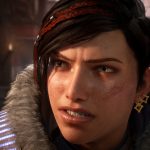 We are now seven years into the current generation of hardware and it really shows. Developers are able to milk these systems for all they are worth (and then some). With the advent of ray tracing bringing in the next level of graphical sparkle, combined with 4K textures, games have never looked better. New consoles are coming, and they are bound to have some growing pains in the graphical and performance department. Until the Xbox Series X and PS5 arrive we will be more than satisfied with the eye candy provided by the three finalists in the category for Lords of Gaming 2019’s Most Graphically Impressive Game.

Winner: Gears 5 from The Coalition

There is no doubt in my mind that Gears 5 is one of the most breathtaking games released in 2019. While there are other easily-identified contenders, there’s one thing that truly separates Gears 5 from the rest of the pack, and that is location diversity. Whether you’re on the skiff in a snowy wasteland, or coursing through a city covered in red sand, there are many genuine moments throughout Gears 5 that makes you stop and enjoy the vistas. The cherry on top, I would argue, is the high-quality textures that are sprinkled throughout the game. Whether it’s textures of characters, weapons or items, The Coalition certainly did not pull any punches in the graphics department during Gears 5. Oh and also, the game consistently runs on 60 frames per second. This combination makes Gears 5 Lords of Gaming’s 2019 Most Graphically Impressive Game.

Graphical beauty can be described in so many different ways. Whether we are talking in terms of art style and direction, or to the point of actual resolution. Then there are games that do all of the above in tremendous fashion, to me that is Death Stranding.  Hideo Kojima has always shot for the moon, and with Death Stranding, he ended up surrounded by stars.  From Mads Mikkelsen to Norman Reedus, the digital acting that is on display in Death Stranding is absolutely breath taking. The game delights in the discomfort it can elicit in the player by use of its graphical fidelity. From the baby you carry to the BTs that haunt you, at every turn, the game takes the opportunity to showcase effects for the sake of affecting the player’s mood. The rolling mountains, with gorgeous rivers flowing through them, with every pebble being detailed. The sheer attention to detail, and the amount of jaw-dropping wow moments, showcased within the game cannot be understated. The line between cut scene and in-game visuals has never been thinner and Death Stranding shreds the line entirely. It sets a high mark for graphical fidelity that is limited only by Kojima’s imagination. Somehow, impossibly, the game keeps pace even with that. Even if you don’t play Death Stranding, just marvel at the prowess shown by the team at Kojima Productions.

I am nominating Control for Best Graphics in 2019. Playing Control was the first time this gen I said to myself, “we need new consoles.” Control pushed both the Xbox One X and the Playstation 4 Pro to their limits. When it comes to the PC, Nivida used Control to showcase it’s latest line of graphics cards. As well as working with Remedy on displaying Control as a technological ray tracing achievement. Digital Foundry called Control “The ray tracing killer app.” and the “most total implementation of ray tracing.” Control isn’t just the best looking game of 2019, it transcends games as a medium into the next generation of technology.