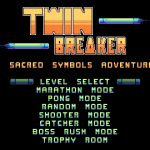 In a world filled with a constant flow of Indie games flooding the gaming storefronts, there has been an upswing in classic styled platformers and RPGs. Twin Breaker: A Sacred Symbols Adventure is an interesting Indie title for two separate reasons. One is that it is a brick breaker which is an often forgotten genre of game. The second thing is that the game is based around podcasting personalities Chris Ray Gun and Colin Moriarty. This is the official Sacred Symbols video game made in collaboration with Lillymo Games and published by Eastasiasoft. The game is available on both PlayStation 4 and PlayStation Vita for $9.99 USD. As an added plus the game is cross-buy, if you buy a PlayStation 4 copy you own a Vita copy as well. Without further ado let’s take a look into an old school brick breaker and is it worth your time and money? 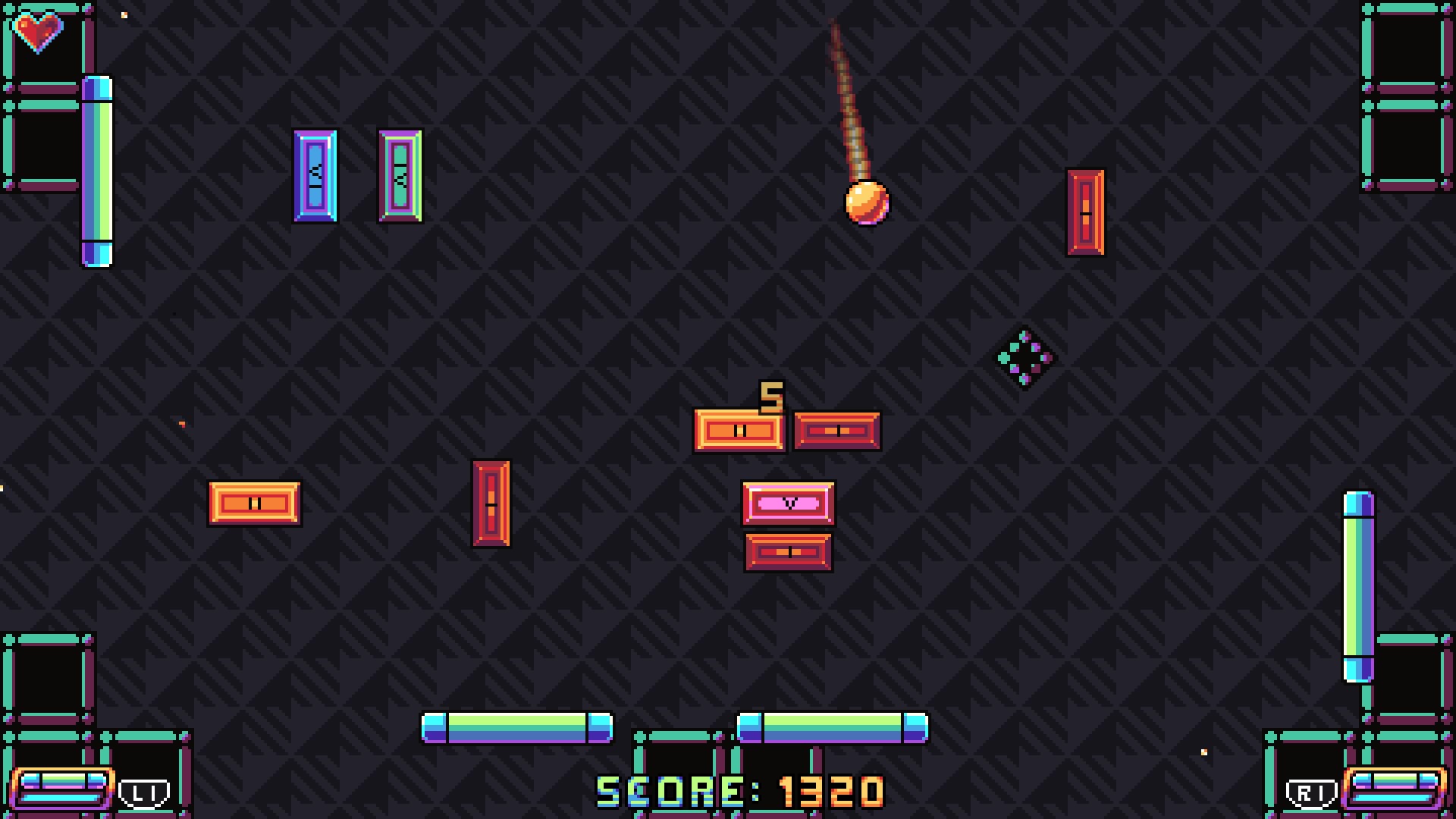 A brick breaking game is overall a pretty simple game to understand and play. You bounce a ball off of a bumper and hit bricks until you smash all the bricks. Seems simple enough right? In Twin Breaker, there is a lot of that classic brick-breaking gameplay. With a variety of powerups to help you chase that higher score and beat each level faster. One of the coolest aspects of Twin Breaker was the dual-stick approach of the game. You start off with two bumpers that are controlled side to side with the left and right sticks. This is further expanded on later in the main campaign wherein some levels you control 4 bumpers. This means up and down controls the bumpers on the side of your screen. While the sticks when moved side to side control your bottom bumpers. This led to some very challenging levels, that really kept the game fresh front to back.

On top of the main story campaign, the game is filled with a variety of different modes. With 6 side modes such as marathon, pong, random, shooter, catcher and boss rush. Some of these modes surprised me with how much time I spent playing them. Boss Rush and shooter mode proved unique and interesting challenges. While random mode allowed me to just play randomized levels at my leisure. This quickly became my go-to game on my PS Vita to spend 15 minutes playing before going to bed. 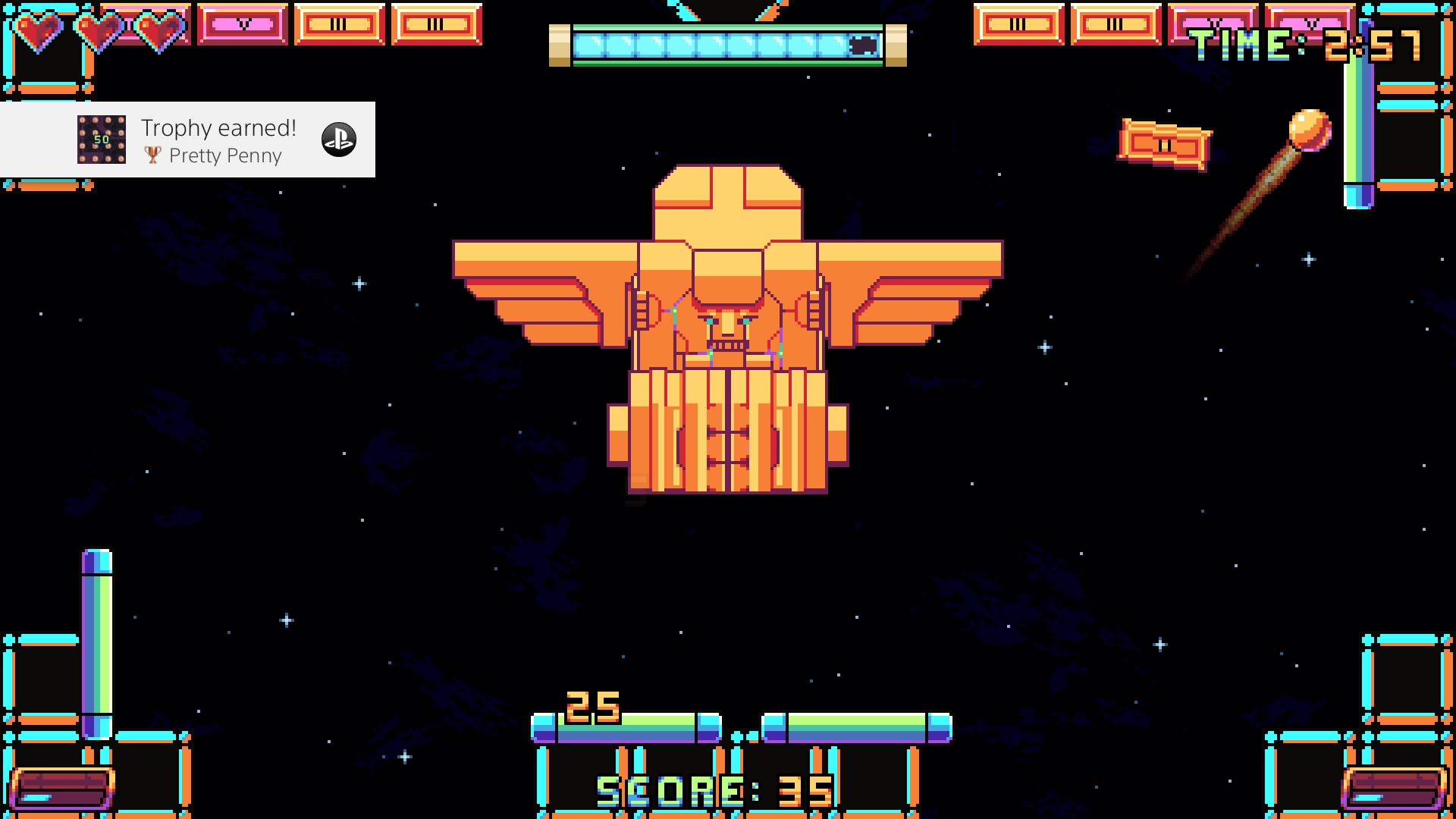 The scaling of difficulty in the main levels was fantastically well done. With each mechanic being slowly introduced at a decent pace. Starting with the two bumpers on the bottom of the screen, then transitioning to the sides of the screen. Then finally with controlling 4 bumpers, which took a fair amount of getting used to. I found myself quite often replaying levels trying to get S-Ranks on each level as I progressed. The game fulfilled my gamer OCD perfectly as I had to beat each score in order to unlock every collectible for each level.

The story takes place in a world war-torn world where the United States has isolated itself from the rest of the world. While the world tears itself apart, the United States has focused its energy and resources on finding new planets for colonization. However, when ships start to disappear at an alarming rate two heroes emerge to try to find the source of the disappearances. 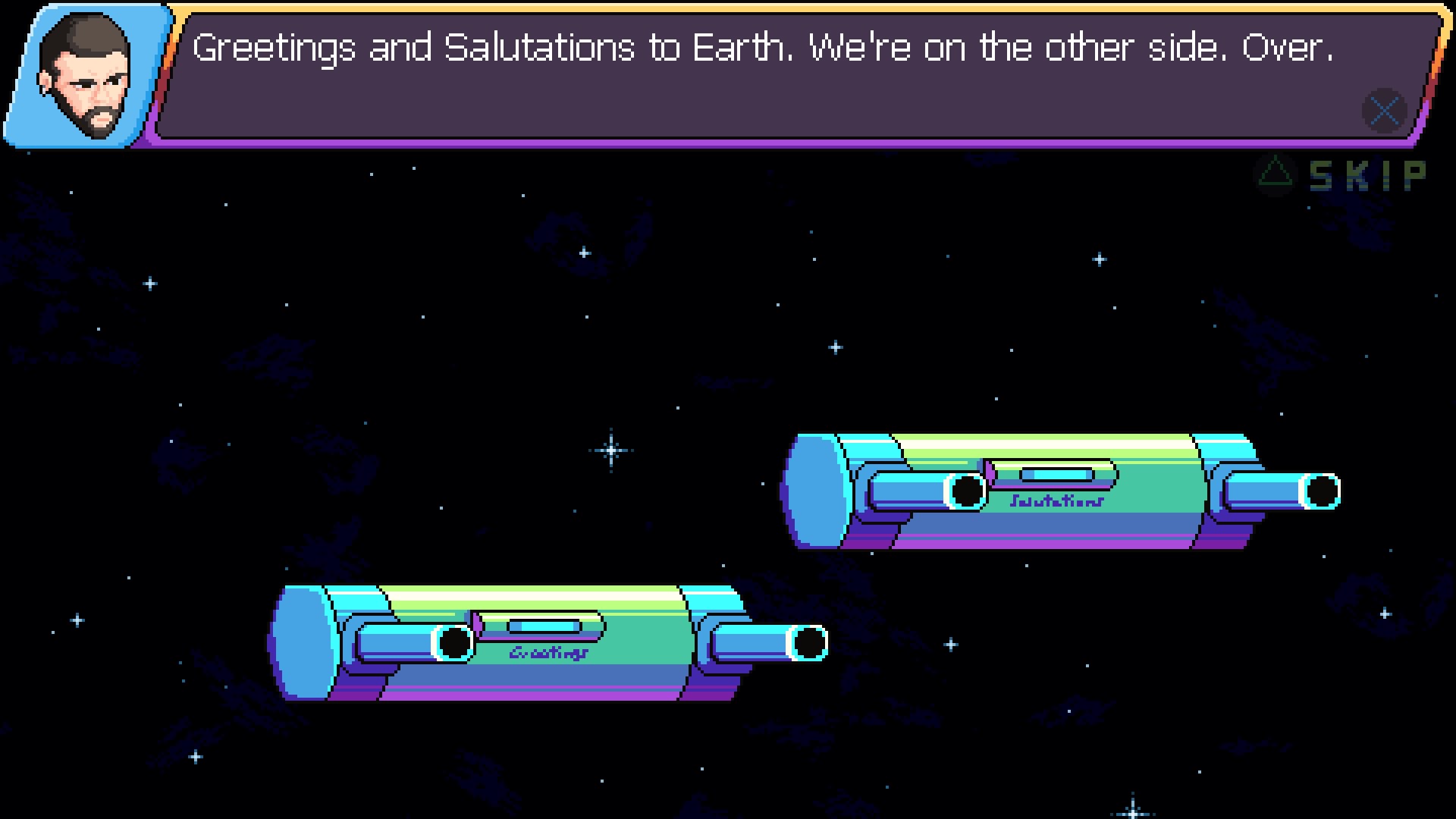 The story is a fun addition to a brick breaker game. With cutscenes scattered throughout the 40 level campaign, it really adds a nice flow to the game. It also feels like a legitimate story campaign, with boss battles fleshing out the main levels very nicely. The interjection of Chris and Colin’s signature humor will be a delight to fans of the duo. As their chemistry in real life, seems to have been transitioned perfectly to Twin Breaker. It would have been great if more of their signature humor that many fans enjoy had been worked into the cutscenes.

The game features a throwback retro art style that very much suits the genre of the game. Seeing cartoon versions of Colin and Chris during the cutscenes of the game between levels is a cool aspect for fans of the podcast. What very much impressed me was how well the game performed. Often in small indie titles, it is fairly common to run into bugs and performance-based issues. In my extensive time with the game on PlayStation 4 and PS Vita, the game ran flawlessly. With its retro arcade styling on top of flawless performance, the game radiates Indie charm.

To go along with its retro-styled gameplay and art, Twin Breaker features a throwback electronic soundtrack. Alternating between happy-sounding synth-style tracks, and frantic sounding fast-paced tunes. It really took me back in time to the SNES era, which not to many soundtracks have done recently. The sound design for the game overall is basic as is to be expected for a game in this style. One aspect that might have been a good addition would have been a narrator or some form of voice acting by Colin and Chris. However, with the retro throwback style of the game, this may have been jarring and mixed poorly with the direction of the game.

Whether you are a fan of the Sacred Symbols podcast or just looking for a great brick breaker to lose some time in. Twin Breaker: A Sacred Symbols Adventure is a great fit for downtime when you are playing those long 100 hour RPGs like Dragon Quest XI and need a break. As a long time PS Vita fan it made me beyond happy to have a brand new title to play on my Vita in 2020. Viva Vita Island forever.