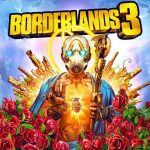 Almost two weeks ago, a report from Kotaku rocked social media. Jason Schreier released a report disclosing disgruntled employees at Gearbox, were not getting bonuses that upper management had promised. It was reportedly promised that employees should be expecting up to 6 figure bonuses after the launch of Borderlands 3. However, Gearbox’s CEO Randy Pitchford announced in a private company meeting, that due to higher than expected development costs. These bonuses would be significantly smaller than expected. This spun the internet into outrage and rightly so, when your management promises you something, then doesn’t follow through. That can be heartbreaking especially when it regards financials and bonuses.

However, it appears that there is another side to this story. Gearbox Studio Quebec Game Director Maxime Babin made a post on LinkedIn in regard to these reports.  Babin has been with the company since 2016 and had a few interesting thoughts on the situation.

The first and most interesting point is that he did not deny that Pitchford had to break this news to the employees at Gearbox. Instead, he cites Pitchford’s leadership, in doing the announcement himself.

I have huge amount of respect for Randy that he had to face the disappointment of his friends and colleagues when he announced that the projections were too high. He could have pushed it off to someone else in the studio, but he didn’t. It was a display of trust and honesty.

Babins says that there was an expectation gap and that no employees were “shafted”. He cites that just because Gearbox is transparent with its expectations and numbers. That does not mean these numbers were ever promised by management. It is hard to understand the tone in which these numbers would have been delivered to employees. As the context is very important in a situation like this. With Borderlands 3 close to 8 million copies sold in February of this year. It’s hard to imagine how high these expectations might have been set by Gearbox internally for the game. For it to underperform so much that it would cause these bonuses to be disappointing.

Babins says that many of Gearbox’s employees are grateful for the opportunities that they are given. Citing that Pitchford reportedly gave away 30% of the company earlier this year.

A few months ago, Randy decided to give away 30% of his company to the employees because he believes that those who participate should get a piece of the returns. I’m honestly surprised that this isn’t what’s making the news right now – this is huge! In addition to this formula-based royalty system, we are now part owners of the company.

How truthful is this statement remains to be seen. It seems almost impossible that if a CEO gave away 30% of his company to his employees that we would not have heard about it by this point. However, that does not mean it didn’t happen. It was noted in both the LinkedIn post and the Kotaku report, that the 60/40 split was a huge benefit to employees when the company is successful.

The LinkedIn post’s comments were filled with an outpouring of support from fellow Gearbox employees. Who openly voiced how happy they were with the studio. From my own personal work experience, you will always have a split between employees who believe they are treated fairly and those that feel the company has wronged them. Though with this situation it seems impossible to draw a definitive conclusion. There are clearly two sides to this story. However, Pitchford has given so little information it is difficult to see his side. At this point, we might never know the whole story