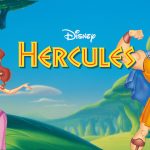 Disney is not done with producing live-action remakes of their past animated films. The House of Mouse is reportedly gearing up to remake Hercules – the 1997 animated film featuring the voice of Tate Donovan as the musclebound demigod. The script will be written by Dave Callaham according to The Hollywood Reporter (who broke this story). If that name rings a bell, it may be because he was also behind the upcoming MCU film Shang-Chi and the Legend of Ten Rings and Wonder Woman 1984.

Callaham is not the only talent from the Marvel Cinematic Universe working on Hercules. Anthony and Joe Russo (Avengers: Infinity War, Avengers: Endgame) has been tapped to produce the live-action remake.

As of this writing, no director has been tapped for Hercules. Considering the backgrounds of the writers and producers, the director will need to be experienced with fast-paced action scenes and cutting edge special effects. You can expect Disney to drop a large chunk of cash on the new director.

As is often the case with big Disney films, there have been some wild casting rumors swirling around Hercules. Some of the names bandied about include Ryan Gosling and Idris Elba. From what I have been able to gather, these rumors are completely false and Disney will not begin casting for quite some time. Fans of singer Ariana Grande have created a petition on Change.org for her to take on the role of Megara. It seems her performance on the recent Disney Family Singalong made quite an impression on fans.

My personal prediction is that the live-action Hercules will not be a shot-by-shot remake of its animated predecessor. When you tap talent like the Russo brothers and Callaham celebrated names in the realm of comic book movie adaptations – you are gearing up for gorgeous and intense action sequences. Keep an eye on my content page and I will tell you all about new details for this movie as they develop.