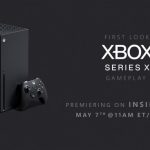 The hype leading up to the next generation is tangible right now. In 6 months we could very well have both Xbox Series X and PlayStation 5 in our hands loaded with next-generation games. While both companies have been slow with releasing a lot of information. No doubt caused by the pandemic which has thrown a wrench into a lot of the industry’s plans for 2020. However, it appears Xbox and some major publishers are ready to start talking at an Inside Xbox next week.

It was announced today by the official Xbox Twitter account that on May 7th there will be a brand new Inside Xbox.  This episode will be focused on Xbox’s global publishing partners, to show off their games on Xbox Series X. While we currently don’t know how many publishers will be showing games at the show. We do know one game that will for sure be there. Assassin’s Creed: Valhalla was revealed earlier today. Along with this announcement, Ubisoft went on to reveal that they would be debuting the first look at Valhalla’s gameplay at the upcoming Inside Xbox event. It wouldn’t be too wild to think that we might see something Cyberpunk 2077 related at this event either.

While currently there is no news or knowledge about any of Xbox’s first-party studios attending. It feels like this would be the perfect time to talk about Halo Infinite. But with rumors pointing to a second event, closer to the original date of E3. Only time will tell. But with the next generation just around the corner, it’s hard to not get excited.

Check out First Look next-gen gameplay from our global developers partners within #InsideXbox on Thursday, May 7 at 8am PT. pic.twitter.com/xVdgIeRBJX

What would you like to see revealed at the Inside Xbox event? Let us know in the comments and don’t forget to check back for the latest gaming news and information.