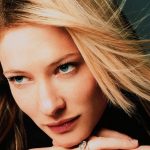 You are reading
Cate Blanchett may play Lilith in Borderlands film

Australian actress Cate Blanchett is reportedly in negotiations for the role of Lilith in an upcoming movie based on the original Borderlands game. Lionsgate, the studio producing the film, has not commented on the matter but sources close to the project insist that the award-winning performer is indeed considering the role. Eli Roth has already been tapped to direct the Borderlands film.

Cate Blanchett, 50, has worked with Roth before in The House with a Clock in its Walls. She is also a veteran of the Fantasy/Horror/Sci-Fi genres with credits such as Nightmare Alley, The Lords of the Rings and Thor: Ragnarok under her belt. Her experience with both live-action and animated productions should be an asset to this big-screen trip to Pandora.

For those of you who are unfamiliar with the first Borderlands game, here is a brief rundown of the premise. The action takes place on the alien world of Pandora – a desolate and barren world that is barely suitable for humans to live on. Few people choose to go to Pandora and those that do are usually in search of treasures from a legendary vault.

Blanchett will play Lilith, the first female vault hunter seen in the Borderlands games. Lilith is a Siren – a mysterious class of women who command mysterious dimensional and life harnessing powers. So far we have only seen six women who belong to the mysterious Siren class.

The Borderlands game series has been around for over a decade now. The most recent title of the franchise, Borderlands 3, was released back in September and the series has sold over 57 million copies over its lifetime.