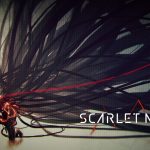 You are reading
Inside Xbox: Scarlet Nexus Announced

Scarlet Nexus, a brand new anime title from Bandai Namco, was announced as part of Inside Xbox today.

Scarlet Nexus is the only cell-shaded style shown today and brought a welcome dose of color to the show. The stylish third-person action game showcased a hero infused with a strange power. Scarlet Nexus is not based on a previously existing anime property. It tells the story of an invasion of plant-based invulnerable creators that only you can stop. Check out the trailer below and keep it locked for all the news from Inside Xbox.

When the going gets tough, use your mind. Specifically, to throw cars at bad guys. Power up with SCARLET NEXUS for the Xbox Series X. #InsideXbox @BandaiNamcoUShttps://t.co/hRLNa79dX1 pic.twitter.com/wLftQlM02E