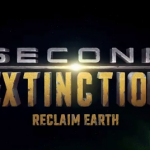 You are reading
Inside Xbox: Second Extinction Revealed

Today’s Inside Xbox live stream announced a new title called Second Extinction. Looking equal parts Turok and Crysis, Second Extinction takes place in a post-dinocalypse that looks like everything we have been craving.

Avalanche Sweden, best known for its work on the Just Cause series, is developing the game. Second Extinction shifts perspective to the first person.  However, it retains the huge world and magnificent destruction the developer is known for. Players land on an island in a very Titanfall-esque fashion, with a singular mission: destroy all dinosaurs.  The trailer showed a wide variety of dinosaurs, with velociraptors taking center stage. Reclaim Earth this fall when it launches with Xbox Series X.

To sum things up, you get to shoot dinosaurs. Enough said? Reclaim Earth in Second Extinction. #InsideXbox @SystemicRxn @AvalancheSwedenhttps://t.co/HevlNv9xdR pic.twitter.com/au6hbAgdzu