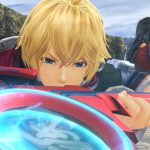 You are reading
Meet the cast of Xenoblade Chronicles: Definitive Edition

Nintendo has released a new trailer for the Switch’s next epic JRPG Xenoblade Chronicles: Definitive Edition coming May 29.

Xenoblade Chronicles: Definitive Edition‘s latest trailer highlights the playable characters of this vast JRPG adventure. The trailer also gives a snippet of the epilogue chapter Future Connected, releasing simultaneously with the game. See below for more:

Let's meet the cast of Xenoblade Chronicles: Definitive Edition. Look forward to getting better acquainted with them when this sprawling RPG adventure arrives 29/05! pic.twitter.com/vC7zvnKicz

Set on the backs of deceased titans Bionis and Mechonis, the story centers around Shulk and the future-seeing blade he wields called the Monado.

From the trailer, we’re introduced to the entire playable cast including our main protagonist Shulk; his buddy Reyn; Shulk’s longtime friend Fiora; the odd (and only like-able Nopon creature in the series) Riki; the medic-sniper Sharla; a one-handed sword-wielding hero named Dunban; and the mage princess Melia.

The King of Modern JPRGs Returns on Switch

Xenoblade Chronicles released on the Wii back in 2011, with critics praising its imaginative world, story, and gameplay. At last, new players will finally get to see why old fans rave for this one. For more details on the Switch version, watch the trailer below:

Xenoblade Chronicles: Definitive Edition releases May 29 on the Nintendo Switch.