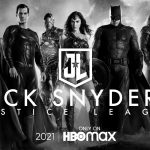 You are reading
Synder Cut of Justice League coming in 2021

First off I just want to say congrats to all of us. It took a lot of annoying tweets and petitions to get this project released. It was announced yesterday that the Snyder cut of Justice League is finally going to be released.

Viewers will be able to watch the new version of the Justice League movie on the streaming service HBO Max in 2021. My hope is that this movie becomes so popular that we get more of Synder’s influence on future DC films. If you haven’t seen the movie when it was released back in 2018 the story follows the death of Superman. A group of heroes has to join forces to save the world without him. Zach Snyder had this to say about his version Justice League getting released.

“I want to thank HBO Max and Warner Brothers for this brave gesture of supporting artists and allowing their true visions to be realized. Also a special thank you to all of those involved in the SnyderCut movement for making this a reality.”

HBO Max is a brand new streaming service that will be available to use on May 27th. Viewers will pay $14.99 to watch over 10,000 hours of content. HBO is just a small part of what we will get to watch. Content from Warner Bros., Warner Bros., DC, TNT, truTV, CNN, New Line, Cartoon Network, Adult Swim, Turner Classic Movies, and TBS.

See More: Drake Hollow is coming to Steam and Xbox One on July 17th.