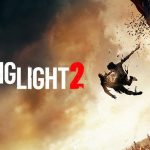 Earlier this week, Twitter user @LotteMakesStuff posted rough translations given to them citing development for Techland’s upcoming Dying Light 2 was in rough waters. According to the article translated from Polish, Techland employees said management was “constantly changing the game plans, introducing unnecessary confusion and constantly redesigning the basis of the whole title,” leading to confusion and demotivation within the team. @LotteMakesStuff deleted her post soon after others said their translations were not accurate.

The article also claimed several Techland employees talked of low morale within the company due to lack of leadership and numerous development problems. Back in January, the developer announced its zombie parkour game would be delayed indefinitely. The reason for this decision was due to the team needing more time to “fulfill their vision.” It’s unclear if the game will hit its initial 2020 release window.
See More: The Last of Us Part II Has Officially Gone Gold

The Developer’s Response To The Article

We reached out to Techland for an official response on whether there is any validity to the statements:

At Techland we work as a team and we grow as a team. We are proud that many of our employees have chosen to be with us for years. The mentioned article contains various opinions – from both our employees, and anonymous sources. Each opinion matters to us, so we are now carefully analyzing all the topics raised. When it comes to Dying Light 2 – development is moving forward according to our internal schedule we revised at the beginning of the year.

Sondej also took to Twitter to dispel the rumors regarding the game’s development and if Microsoft was acquiring the studio:

On that note, the translation of the Techland article floating around is totally inaccurate.

Techland’s Social Media Lead Krzysztof Sazon also provided insight into the situation on Reddit. Sazon also says the translations were “inaccurate” to “a rather one-sided article.”

“The main design pillars of Dying Light 2 have not changed since the start of production. It’s natural to evolve the various aspects of any game during the development process. There are several reasons for that, such as optimization or improving and expanding the most promising elements,” Sazon writes. “Game development is not a straight forward, simple process. It requires a lot of iteration, testing various concepts and tweaking them. The DL2 development process hasn’t been completely smooth—like it pretty much never is, for any game—and we’ve had challenges to solve in order to deliver on the ambitious vision we set out to create. We’re hard at work on getting the game ready for you!”

Regarding the comment of the game not having a playable build yet, Sazon responded by saying that isn’t true either. Rather, Sazon said the game is playable from start to finish.

As many know, the video game development process can be extremely rough and taxing. With the announcement of Dying Light 2’s indefinite delay, fans were worried about the state of the game. The article published brought to light that maybe the game is having development issues. However, many noted the translations were inaccurate, so it’s safe to say we can take those claims with a grain of salt and/or there’s more to this story.

Regardless, Dying Light 2 is looking incredibly ambitious and an impressive next step for the zombie-slaying series. With the first title seeing such a great success, it’s clear Techland wants to deliver better for their fanbase. Hopefully the developer can clear up any confusion or strife within the team to promote a healthy working environment and deliver a great game they’re proud of.

Stay tuned to LordsofGaming.net for more updates as they become available.