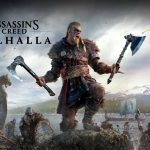 You are reading
Inside Xbox: Assassin’s Creed Valhalla

Ninth century AD. Driven from Norway by endless wars and dwindling resources, a Viking raider, Eivor, leads a clan of Norsemen across the icy North Sea to the rich lands of England’s broken kingdoms. Their mission: establish a new permanent home, no matter the cost. Assassin’s Creed Valhalla.

The following footage is representative of Xbox Series X gameplay.

In Assassin’s Creed® Valhalla, you are Eivor, a fierce Viking warrior raised on tales of battle and glory. Explore a dynamic and beautiful open world set against the brutal backdrop of England’s Dark Ages. Raid your enemies, grow your settlement, and build your political power in your quest to earn your place among the gods in Valhalla.

Key Features
WRITE YOUR VIKING SAGA – Advanced RPG mechanics allow you to shape the growth of your character and influence the world around you. With every choice you make, from political alliances and combat strategy to dialogue and gear progression, you will carve your own path to glory.

VISCERAL COMBAT SYSTEM – Dual-wield powerful weapons such as axes, swords, and even shields to relive the ruthless fighting style of the Viking warriors. Brutally decapitate your foes, vanquish them from afar, or stealthily assassinate targets with your hidden blade. Challenge yourself with the most varied collection of deadly enemies ever found in an Assassin’s Creed game.

A DARK AGE OPEN WORLD – Sail from the harsh and mysterious shores of Norway to the beautiful but forbidding kingdoms of England and beyond. Immerse yourself in the Viking way of life through fishing, hunting, drinking games, and more.

LEAD EPIC RAIDS – Launch massive assaults against Saxon troops and fortresses throughout England. Lead your clan in surprise attacks from your longship and pillage enemy territories to bring riches and resources back to your people.

GROW YOUR SETTLEMENT – Construct and upgrade buildings that allow for deep customization, including a barracks, blacksmith, tattoo parlor, and more. Recruit new members to your clan and personalize your Viking experience.

The Viking age is named after one of history’s most notorious warrior cultures, and this time period is highlighted by the invasion of England by this very large hungry Viking horde. And at the time England was a Dark Age tangle of broken warring kingdoms. So this was an absolutely brutal pivotal moment in history that gave us the birth of England we know today. So players can expect to fully live the Viking fantasy in a meticulously crafted journey in an assassin’s creed world.

Our hero Eivor is a Viking raider who’s going to leave the snowy mountains of Norway for the lush rolling hills of England propelled by the goal of settling their people and growing thriving settlement. England at this time is a hostile place. So to succeed players will go raiding using their longships and raiding party, they’ll assault giant fortifications and epic battles. They’ll have to gain alliances with kings and legendary Vikings. They’ll be faced with some very harsh choices as the leader of a community. Along with that where we’ve reinvented combat to be visceral and brutal. We have tons of enemy variety and dual-wielding weapons. We have a new fresh take on player progression gear and weapons systems. We’re effectively pushing every single envelope to deliver this incredible Viking fantasy.

Assassin’s Creed has always been committed to new technologies in order to push the most immersive experiences we possibly can. So to have something like incredibly fast loading times means that we can remove some of that friction from the immersion and create a game that’s much more immersive. Norway and Dark Ages England are breathtaking living worlds. So to be able to push them further to the incredible potential this is really wonderful for us. It’s wonderful for our players and additionally, I’m very happy to confirm that we are also offering smart delivery which allows you to purchase the game once and play it on your Xbox One and the Xbox Series X. 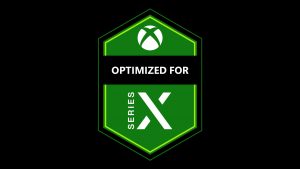 Read more on our Inside Xbox coverage HERE.