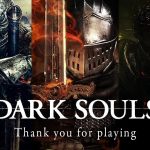 From Software has made quite a name for themselves over the past two console generations. “Souls-like” and being the “Dark Souls of (insert genre here)” have become avid memes amongst the gaming community. From Software has found huge success with one-off new IP’s such as Sekiro: Shadows Die Twice, and Bloodbourne. However, the franchise they have become legendary for is, of course, Dark Souls.

Today, the official Dark Souls Twitter account made the stunning announcement of the franchise’s total sales. As it currently stands, the Dark Souls franchise has sold 27 million units worldwide. They also revealed that Dark Souls III accounted for a whopping 10 million of those units. This is incredible numbers for the Japanese based developers, their ability to deliver has started to become unmatched in terms of quality. With Sekiro: Shadows Die Twice walking away with the Game of The Year award at the 2019 Game Awards. They have built a reputation for having created some of the most challenging mainstream games in this console generation.

While we currently don’t know when or if we could see another installment in the Dark Souls franchise. From Software’s upcoming game Elden Ring, which is being made in partnership with George R.R Martin. The game is set to release sometime in 2020, but with the complications of Covid-19 that could have changed. Only time will tell, but it is no doubt that Dark Souls has been a massive success for From Software. The future does indeed look bright for the developer and its fans.

What do you think of these sales numbers? Let us know in the comments and don’t forget to check back for the latest gaming news and information.

Facebook Twitter Google+ LinkedIn Pinterest Tumblr
Previous article Secretlab Titan 2020 Series: This Should be Your Next Chair
Next article PlayStation Announces A Custom PlayStation 4 Pro and More For The Last of Us Part II