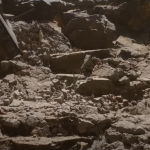 Today during the first show of Summer Games Fest 2020 we get an incredible new look at Unreal Engine 5. This new engine is being showcased in an incredible, almost photorealistic display. A full breakdown of this engine will come later today, there is a ton of information to divulge. Check out the showcase below!

Update: With the amount of information given, it is easier to give a short breakdown of the changes. The Unreal Engine 5 Technical Demo video provides plenty of information for the techies out there. If you haven’t yet, watch the demo!

Ok, let’s take a look into what is so incredible about this new Unreal Engine 5. It’s safe to say that Epic has absolutely outdone themselves. This demo below is running real-time on a PlayStation 5. Yes, an actual next-generation PlayStation 5 demo. Someone was actually able to control the character and play through the short demo presentation. This is not a publicly playable demo though, so keep that in mind. It’s just a simple tech demo to showcase the capabilities of this new engine. This does not mean games will actually end up looking like this. That all comes down to the developers and how they utilize the engine in games.

Some of the key areas where you see improvement in Unreal Engine 5 are pretty integral to providing high quality fidelity games. There is a new Nanite system and the Lumen system. The Nanite system helps “free developers from the constraints of poly counts and draw calls, to allow artists to simply drop in their full-fidelity ZBrush models and photogrammetry data. There’s no need for simplifying models to hit performance targets, no need for LOD generation. The new UE5 system – dubbed Nanite – takes care of it for you. via Eurogamer”. The demo boasts showing 8k environmental textures, basically film level quality, with no issues.

The Lumen system is a more advanced way to control the lighting and provide more realistic shading via full dynamic global illumination. Lumen also includes mult-bounce global illumination. This allows for incredible light fraction and reflection off of objects. This can turn a light beam shining into a cave being just a simple beam, to allowing the cave to properly glow. This isn’t ray tracing but it seems to be a close resemblance to the tech. This breathes a large amount of life into the environment and the game itself. Unreal Engine 5 is looking to be a substantial step forward.

For more technical information, please watch the video below and visit Eurogamer – This Is Next Gen (source) that is detailed by Richard Ledbetter from Digital Foundry.